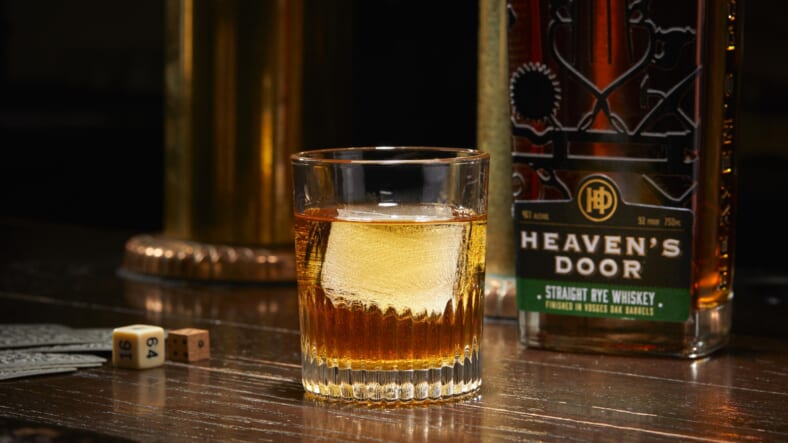 Bob Dylan’s Heaven’s Door whiskey has launched a straight rye that owes its smooth flavor profile to being finished in so-called “cigar barrels.”

After the rye whiskey is aged for seven years in American charred oak barrels, it’s then finished in toasted oak barrels, harvested and air-dried in the low-lying mountain region of Vosges, France, for six more months.

Those French oak barrels are called “cigar barrels” because of their shape. They are taller and more narrow, to allow more space for the whiskey to move and absorb flavors from the wood. And unlike traditional bourbon barrels, the French barrels are not charred, allowing the natural flavors of hand-toasted oak to truly break through.

The 92 proof rye, which has a label featuring an iron gate that Dylan made in his personal welding studio, is also said to possess notes of crisp citrus, ginger, apricot and elderflower, as well as a smooth finish of orange peel, coriander and spice. So even though this whiskey has nothing to do with actual cigars, it probably tastes pretty damn good with a fine stogie.

Unsurprisingly, it’s meant to be sipped neat, over ice, or in a classic whiskey cocktail like an Old Fashioned, for which Heaven’s Door suggests a recipe here:

Heaven’s Door Straight Rye Whiskey is available at liquor stores nationwide with a suggested retail price of $79.99 per bottle.