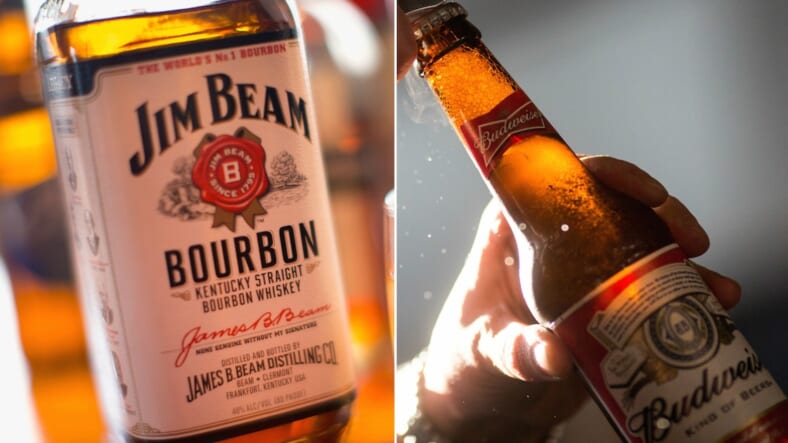 Yes, Budweiser and Jim Beam have formed a partnership to release a limited-edition brew called Reserve Copper Lager. Ad Age has all the foamy details:

Budweiser in September plans to release a limited-edition brew called Reserve Copper Lager that is aged on Jim Beam bourbon barrel staves. (Staves are wood pieces that makeup bourbon barrels.) Before then, the two brands will begin appearing together at bars. The “beer and a bourbon shot” promotion kicks off this month.

Plenty of smaller craft beer brands have experimented with bourbon barrel-aged brews. But Bud and Beam’s collaboration marks new territory for two big, iconic alcohol brands, which together account for 365 collective years of distilling and brewing history, according to the brands.

We know these brands have the experience and know-how to make something great, so we’ll be waiting by the bar until they start pouring Reserve Copper Lager.

Let’s just hope Beam-lover Mila Kunis is involved in whatever ad campaign they come up with.