Buffalo Trace Takes The Bourbon By The Horns With 128-Proof Stagg Jr. Whiskey

Have a Stagg party with this uncut, unfiltered, eight-year-old Kentucky straight bourbon whiskey. 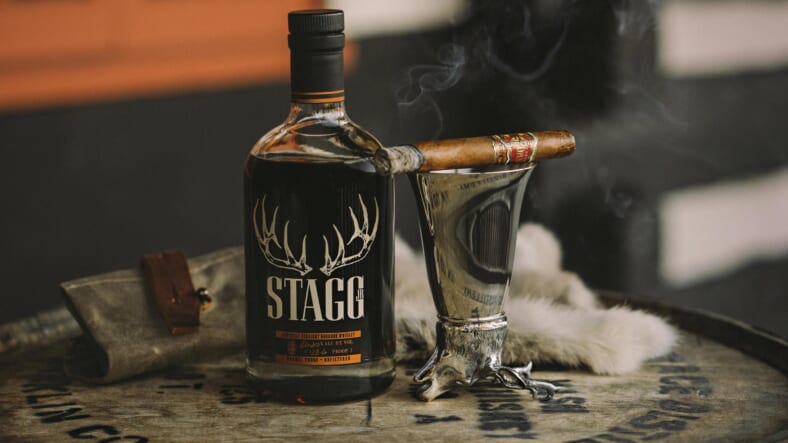 The latest Stagg Jr. bottle, which is the 13th release since the series started, is an uncut, unfiltered, eight-year-old barrel-proof whiskey. The heavy-duty spirit is described by Buffalo Trace as “having a nose with loads of dark cherries, followed by honey” with “flavors of cream caramel mocha, giving it a full-bodied mouthfeel” and a “long finish of toasted oak, dark chocolate, and cinnamon.”

Stagg Jr. is named after Buffalo Trace craftsman George T. Stagg, and is released twice a year. The latest 128.4 proof batch is available now for $49.99, while the next release, Number 14, drops in late spring/early summer.