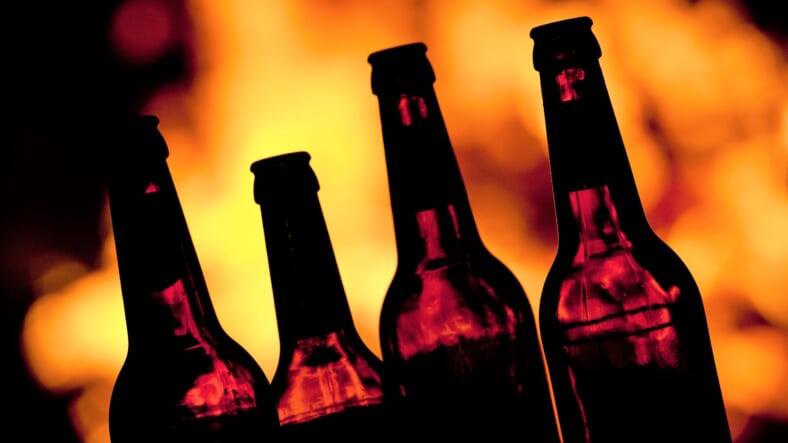 Pending official word from Guinness World Records, a firefighter-founded Virginia brewery has likely created the world’s spiciest beer, thanks to the inclusion of 500 Carolina Reapers for fiery flavor.

Inside Hook recently picked up a story from the University of Mary Washington website featuring Maltese Brewing Company co-owner and UMW alum Ray Parrish, a current biochemistry major, and a professor.

Together, the three were able to quantify the heat level of the Signal One 2.0 pineapple IPA—what Parrish describes as a “veritable chemical soup”—by measuring capsaicin and dihydrocapsaicin levels.

They found that the combo of Reapers, which recently returned to the top of Pepper Head’s world’s hottest list with a 2.2 million Scoville Heat Unit (SHU) rating, lends over 400,000 SHU to the brew.

All that’s left to do is submit the results to Guinness, which doesn’t have a record for the world’s spiciest beer.

“My hypothesis is that a Guinness World Record will provide a boost in business, mainly with visitors to the area looking for a unique experience and ‘chili-head’ destination tourists,” Parrish told UMW.

In the meantime, visitors to Maltese Brewing Company in Fredricksberg, VA can take the the Signal One 2.0 challenge: slam 10 ounces in ten minutes to win a free T-shirt.

“The beer itself is good,” one drinker said per crowd-sourced beer site Untappd. “The next few minutes aren’t.”