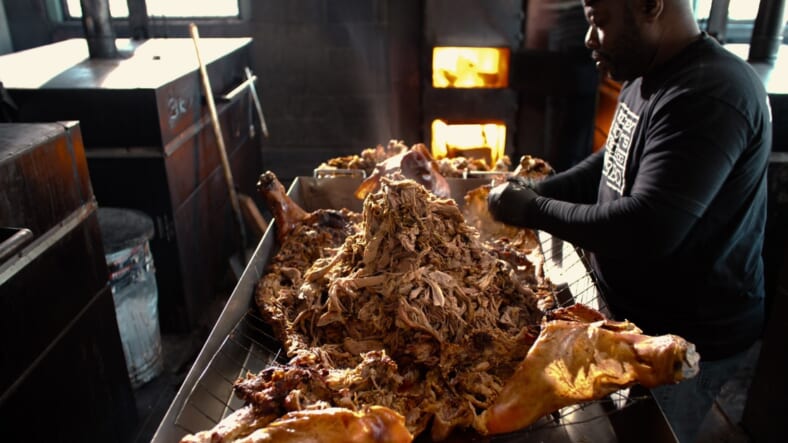 Netflix is spinning off its popular Chef’s Table series with Chef’s Table: BBQ, which spotlights the smoky, juicy and ultra-competitive barbecue game by following top chefs and pitmasters around the world.

Here’s the official description of the limited series:

The critically-acclaimed and Emmy-nominated series returns for its latest iteration, delving into the smoky, juicy world of barbecue. Featured chefs and pitmasters include Tootsie Tomantez, an 85-year-old grandmother who still shovels the coals at her Texas restaurant; Lennox Hastie, a remarkable Australian chef who sources all of his ingredients from the Outback; Rodney Scott of South Carolina, who is known for his whole hog barbecue; and Rosalia Chay Chuc, a traditional Mayan chef who serves Cochinita Pibil out of her Mexico home.