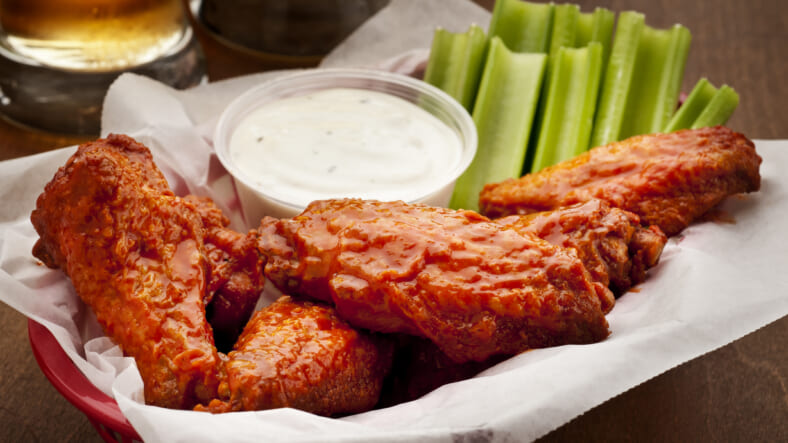 We’re living in highly contentious times, one in which coworkers, friends and even family members find themselves disagreeing about, well, just about everything. Including chicken wings.

That’s right, a debate has flared up online regarding which part of the wing is preferable. On one side is “team drum,” who prefer the mini-drumstick looking piece, and on the other is “team flat,” the proponents of the middle part of the wing, also known as the “winglette.”

While drums usually have more meat and are easier to grasp (and therefore dip), flats have more of the deliciously crispy skin we’re all really eating the wings for in the first place.

Here, some drum-heads make their case:

On the other side of the aisle, the flat-lovers:

If you prefer drums over flats you belong in jail.

This whole wing debate shouldn’t even be a debate. You’re not a true wing eater until you prefer flats over drums. End of debate.

As wing connoisseurs ourselves, we side with those who see value in the diversity of opinion:

I’m all about the flats but I do not judge my drums family, it just means we each know our respective roles when the basket of wings arrive. https://t.co/092Ih8yc4n

As for whether blue cheese or ranch is a better dip, well, that’s a whole other basket of wings.