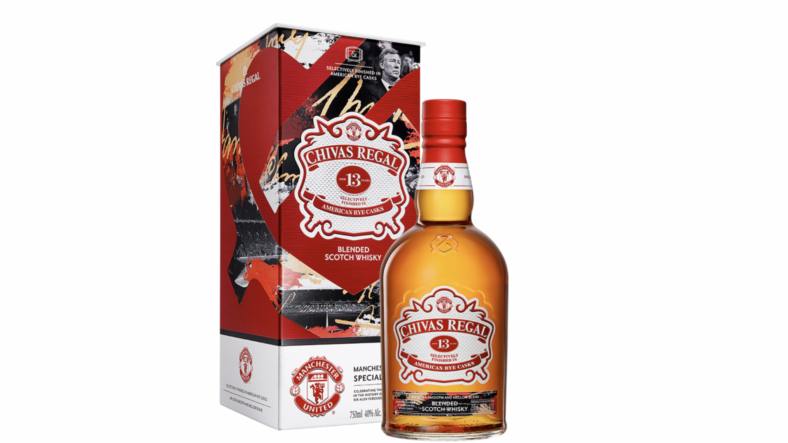 Courtesy of Chivas Regal, fans of Manchester United F.C. now have the perfect aged spirit to sip while they cheer on the wildly popular English soccer team.

Selected portions of the blended whisky were finished in American rye casks to create notes of orange citrus, milk chocolate and a hint of cinnamon to complement the unmistakable Chivas profile that anyone who’s had the pleasure of enjoying a few fingers of Hunter S. Thompson’s choice drink will recognize.

The bottle is presented in a Manchester United-themed box decorated with the team colors, photos of the Club and a gold inscription of Ferguson’s autograph.

“This whisky has been crafted to celebrate his rare genius and unique ability to drive success year after year, with a blend of different players,” said Sandy Hyslop, Director of Blending at Chivas.

“Just as Sir Alex’s legacy lives on, we hope that, with our first ever 13-year-old and its inimitable selective American rye cask finish, we’ve created a blend that won’t soon be forgotten.”