Coke With Coffee Is Now Available In the United States 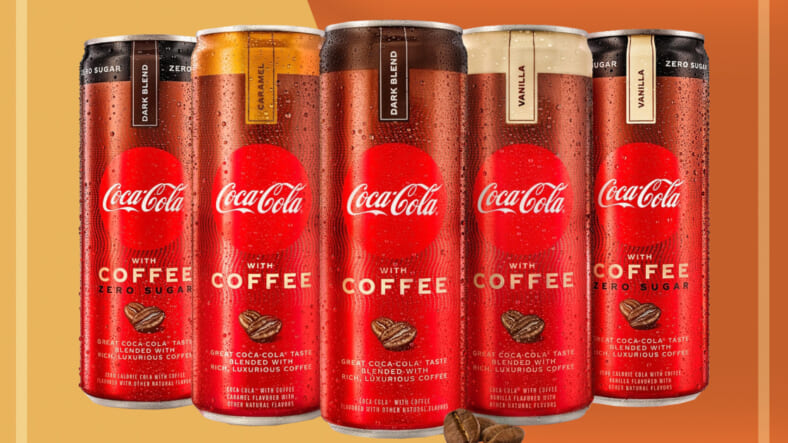 Just joking, of course. We haven’t tried this product, but its existence—to Americans, at least—is a bit of a head-scratcher.

Turns out Coke with Coffee isn’t all that new, as the 2019 Czech commercial above demonstrates.

According to Food & Wine, the drink was first released in Japan in 2018. So it made its way around the world in more than two years. More from Food & Wine:

…Coca-Cola with Coffee is finally arriving in the United States, remarkably making us the 50th market to get the combo (though as Coca-Cola explains, different countries get different versions to “meet local tastes”). The new U.S. version is billed as a beverage that “sips like a Coke and finishes like a coffee”—and just like a trip to Starbucks, Coca-Cola with Coffee is offered in multiple varieties.

Soda combined with coffee isn’t a new idea but it hasn’t worked out in the past. As Food & Wine notes, “In 1996, Pepsi Kona was trialed unsuccessfully, with even Pepsi calling the short-lived coffee-cola hybrid “ahead of its time.”

With 69mg of caffeine per can, Coke With Coffee might be a middle ground for the soft drink giant between its mildly caffeinated legacy product and newer experiments like its buzzy high-caffeine Coke Energy drink.

Food & Wine quoted Brand director for Coca-Cola Trademark Brandan Strickland, who said, “While other categories, including energy drinks, have ventured into zero-sugar territory, ready-to-drink coffee hasn’t because many offerings are dairy-based. So we see this as a major whitespace opportunity.”