The Austrian marketing genius behind the world’s most popular energy drink has transformed the beverage industry. 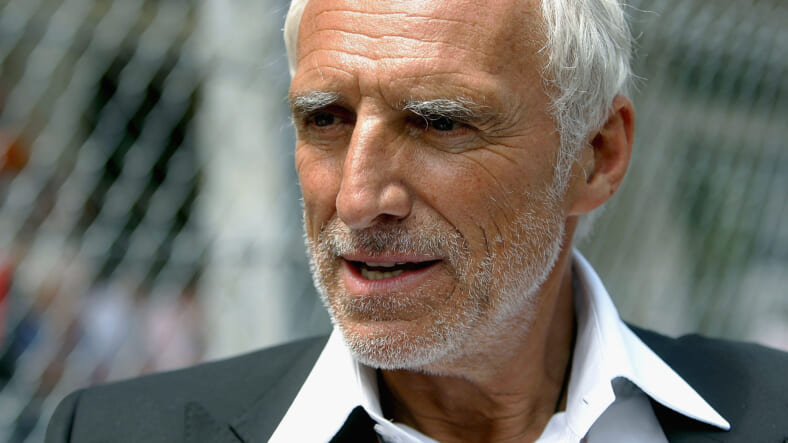 Dietrich Mateschitz was just another businessman
visiting Thailand in the early 1980s, trying to expand the market for his company, the consumer goods firm Blendax, as its marketing director. So it hardly seemed meaningful when the tired traveler popped open a small bottle of a syrupy concoction popular with Thailand’s truck drivers and
blue-collar workers.

The drink, called Krating Daeng (Thai for red bull), gave Mateschitz not only the spark of energy he was looking for but a spark of inspiration. And where some might have seen
opportunity, the entrepreneurial Austrian saw something more: the seeds of an empire.

Dietrich Mateschitz was born in Austria in 1944 to parents of Croatian ancestry. A late bloomer professionally, it took him a
decade to finish his degree before he began working for a number of consumer product corporations in sales and marketing positions.

It was during one of these stints that Mateschitz found himself in Thailand. He had previously noticed the existing market for energy drinks, which were popular in a few Asian countries. Soon Mateschitz was reaching out to Chaleo Yoovidhya, the Thai businessman who owned Krating Daeng (one of the most popular products in Thailand), and the two formed a partnership that would become the basis for the eventual Red Bull corporation.

The two men each took 49 percent of the new company, with Yoovidhya’s son Chalerm holding the remaining 2 percent. Flash forward a few years to 1987, when their new product, a larger, carbonated, and eminently more drinkable version of the original recipe called Red Bull, was introduced in Mateschitz’s home country of Austria.

After a lot of work by Mateschitz to build the brand there, and eventually in Hungary and the U.K., business started to take off, quickly spreading across borders and eventually continents. The blue and silver cans are now available in 171 countries worldwide.

But while the beverage itself has proven
immensely popular (more than 68 billion cans have been consumed since the launch, with more than 6.3 billion sold in 2017 alone),
what turned a beverage company into an
energy drink imperium was Mateschitz’s
marketing genius.

Dietrich Mateschitz himself is a private man who rarely gives interviews or makes public appearances. Estimated to be worth more than $21 billion, according to Forbes, he spends much of his time in Austria or on his private island in Fiji, where he oversees his empire, putting in the occasional appearance to support his Formula 1 team or the Red Bull foundation Wings for Life, a not-for-profit dedicated to spinal cord
research.

Mateschitz helped start the foundation after an accident left the son of his friend, motocross world champion Heinz Kinigadner, a tetraplegic. The organization has raised and spent millions of dollars bringing the top minds in the field together in the search for a cure to spinal injuries.

Yet as off the grid as Mateschitz may be, the same cannot be said for his company. Even those who have never taken a sip of Red Bull know the name and the product, thanks to the brand’s immense marketing initiatives.

Nearly every area of entertainment, from sports and adventure to music and art, has been supported by Red Bull’s marketing budget, often in the form of athlete and artist sponsorship across an impossibly diverse spectrum, from prima ballerinas and break-dancers to NBA all-stars like Blake Griffin.

Some billionaires buy a sports team, but Mateschitz’s company owns many, in multiple sports and across the globe, from New York to Leipzig, with the crowning jewel likely being the multiple-title-winning Red Bull Formula 1 racing team. Millions more are spent on action and adventure buzz, including the likes of motor racing and aerial racing, cliff diving and downhill, full-contact ice racing.

Red Bull spends big and draws eyeballs with events both serious—like Felix Baumgartner’s record-setting skydive from the edge of space—and humorous, such as Flugtag, an event where costumed contestants launch homemade flying crafts off a pier into the water below, and the splash of these IRL events is magnified over digital media.

But Red Bull’s company-sponsored events are hardly spectator sports. The company turns them into fully built-out, festival-like parties that offer fun and excitement—brand engagement—for
everyone, even if the main event itself isn’t your thing.

When Red Bull Air Race took over San Diego and its harbor last year with its collection of the world’s best racing pilots, the entire city was
involved, as if San Diego had become the City of Red Bull, with flags, banners, and coolers of cold Red Bull placed strategically throughout for the taking.

Another of Mateschitz’s savvy strategies to earn the company cachet was to put eco-friendly policies and procedures in place at Red Bull, with
special attention given to the distribution system. The company has managed to transport its signature cans to the farthest corners of the globe efficiently by designing them to minimize shipping space, and for environmental reasons, the company does its best to ship its product via train or ship, avoiding pollution-causing trucks except when absolutely necessary.

Yet contrary to common sense,
the company’s expansive global campaign wasn’t initiated after Red Bull’s
ascension, but was launched early on to drive that success.

It began with the sponsorship of the 1988 Dolomitenmann, an Austrian cross-country race involving climbing, paragliding, kayaking, and mountain biking—activities Red Bull still sponsors—that’s a perfect example of the kind of outside-the-box happenings Mateschitz and his marketing team would target.

And while millions of people know the Red Bull Formula 1 team and its lead driver, Max Verstappen, the racing connections are hardly new. They
originated in 1989, when the company partnered with F1 driver Gerhard Berger to promote the name.

Today it’s hard to find a motorized vehicle of any kind, or a
human being attempting to defy gravity, that isn’t represented by Red Bull. Walk into any store in the 50 states, or practically any convenience store, grocery, or gas station in the countries where Red Bull is sold, and you’re likely to find the instantly recognizable can bearing two sparring red steer.

And perhaps that’s the greatest genius of Dietrich Mateschitz: Not only was he able to create a
market where previously none existed but he has been able to
expand that market globally with his sheer marketing brilliance.