Grab your bib and go. 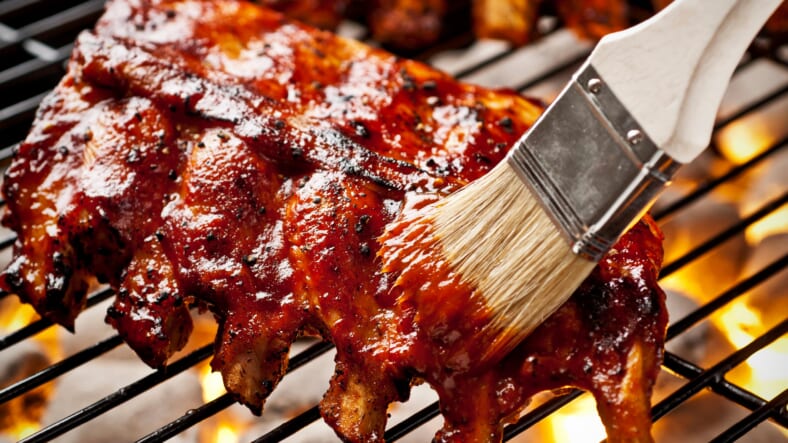 There are jobs that pay better and last longer, but the good folks at Reynolds Wrap are offering a somewhat temporary position that sounds utterly irresistible: Earning $10,000 as their 2019 Chief Grilling Officer (CGO), traveling the USA and eating the best BBQ ribs around.

This is from the Reynolds Wrap web page about the position:

As CGO, you won’t need a comfy corner office because for two weeks in August, you’ll be busy tasting and savoring BBQ ribs from some of the top BBQ rib cities in the country. Along the way, you’ll share tips, grilling techniques and photos on the Reynolds Kitchens® website and social channels, so grilling enthusiasts at home can make drool-worthy BBQ ribs on their own. You’ll also receive a $10,000 stipend along with pre-paid travel and lodging for you and a (very lucky) guest!If you don’t mind being paid to taste test some of the most delicious BBQ ribs across the country, posting envy-inducing pictures of your food and falling asleep every night dreaming about your next rack of ribs, then you could have what it takes to be the next Reynolds Wrap® Chief Grilling Officer.

Well, that doesn’t sound terrible, does it? It’s not b.s. either. Reynolds launched the position in 2018 and that seemed to go well for a woman named Kari Blanks, as her Instagram demonstrated.

i’m so happy to announce that i’ve been selected as the first-ever Reynolds Wrap Chief Grilling Officer! as CGO i will be traveling to some of the best bbq cities in the us for 2 weeks, eating all the meats and learning techniques from the big dogs. i’m also happy to announce @whitney_jones as my sidekick, she will be joining me on this journey 🙂 to see what we’re up to over the next few weeks go to Reynolds social media or website #bringonthebbq #bbq42

i. am. full. this basement sits in an alley in downtown Memphis and set the standard for Memphis style ribs 70 years ago! walking down into smoky smells and soul music takes you back in time, and the ribs do not disappoint🐖

and last but certainly not least, JOE’S. this place is amazing…the rocket pig is a pulled pork sandwich with a perfect combination of sweet (from the bbq sauce) and spicy (topped with fried jalapeños) plus BACON. the z man is one of their classics, a brisket sandwich with onion rings! the ribs were fabulous. we are once again blown away. thank you Joe’s for one of the best meals we’ve ever had, we had so much fun today learning about all that you do🐖

That’s not someone having a bad time.

So to put your hat in the ring and follow in Kari Blanks’s footsteps, Reynolds says you should “submit a photo of yourself grilling your favorite recipe along with 100 words on why you’re the best person for the job by emailing careers@ReynoldsWrapCGO.com.”

Lay in a supply of wet naps and your favorite bibs and do it. Deadline for applications is Wednesday, June 19 at 12 a.m. Central Time.