White Claw Has Been Immortalized In The Song ‘Drinkin’ Claws’, An Ode To Hard Seltzer

“There ain’t no laws when you’re drinkin’ Claws.” 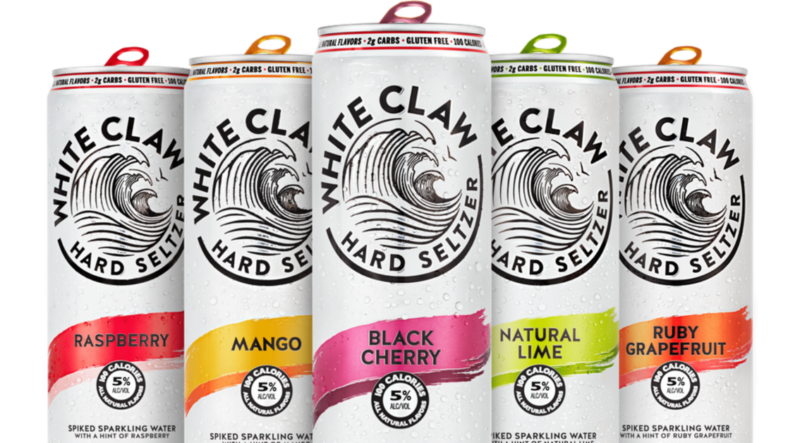 It’s safe to say that the hard seltzer fad is officially a phenomenon, and we’ve got the undeniably catchy pop-country song to prove it. “Drinkin’ Claws” is a laid-back ode to that trend-setting OG of alcohol-infused fizzy water, White Claw.

The boozy new tune was born of a collaboration between singer-songwriter Mark Leach and Hey Monea drummer Nate Monea, both of whom are musicians in northeast Ohio.

Where they live is of particular interest, as Ohio was recently revealed to be the state that consumes the most White Claw in the U.S., according to data aggregated by a team of foodies at The Daring Kitchen—more on those findings later.

Leach and Monea told local outlet the Akron Beacon Journal that the tune was written and recorded over the course of three days. Leach’s lyrics definitely embrace the beverage’s feminine skew.

“It don’t matter what you bench big dog if you can curl them twelve-ounce Claws. You can hang with us, pop a can with us, pull up a chair and forget you’ve got balls.”

But what makes it a potential barroom anthem is definitely the chorus, which boldly repurposes the viral meme, “Ain’t no laws when you’re drinking claws.”

Whether “Drinkin’ Claws” will become this summer’s last smash hit remains to be seen. But it’s abundantly clear that Americans are going bananas for the colorful cans of hard seltzer—particularly in the Midwest.

After Ohio, Missouri, Iowa, Illinois, Wisconsin and Indiana are the No. 2, 4, 8, 9 and 10 biggest lovers of the Claw, respectively. Tennessee, West Virginia and Kentucky took the No. 3, 5 and 7 spots, while Delaware came in at No. 6.

The very important stats on White Claw consumption were compiled by The Daring Kitchen using software that tracked brand name mentions in over 200,000 geotagged tweets throughout July and August.

White Claw represents only a piece of the spiked seltzer pie. Pabst Blue Ribbon and Natural Light have announced their own forays into the space, and Four Loko has even teased “The Hardest Seltzer in the Universe” with an unholy 14 percent alcohol by volume.

There may soon be even more choices. Fizz Fight, which is billed as “America’s First Hard Seltzer Festival & Tasting Competition,” aims to provide consumers with an opportunity to try 20-plus local and regional hard seltzer brands alongside industry giants like White Claw and Truly.

“Through a tasting competition, sometimes one big win is all it takes to elevate a brand.”

We’ll find out for sure when Fizz Fight goes down on Saturday, September 14 in Denver.