You Can Blame the ‘Drunk Munchies’ for Making You Fat, Say Researchers

Have you fallen victim to the “Drunchies”? 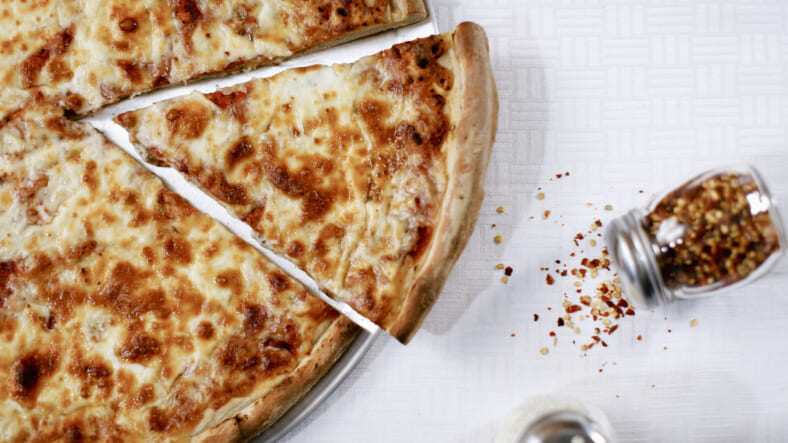 File this one under: Did we really need a study?

Researchers have concluded what we’ve always known to be true. That is, getting wasted, then stuffing your face with whatever cheap and greasy foodstuffs are available, will make you gain weight. There’s even a fun name for it: the “Drunchies.”

Here’s what they learned, via Newsweek:

Researchers at three universities across the country teamed up to understand how students are influenced by the “drunchies,” a term they used to describe the desire to eat salty and fatty foods during or after a night of heavy drinking. They found that drinking influenced peoples’ dietary choices before going to bed. Alcohol consumption correlated with snacking on unhealthy foods like pizza, according to a study published in the Californian Journal of Health Promotion.

“It is believed that after drinking alcohol, the amount of blood glucose in the body can rise and fall which stimulates the brain to feel hungry,” Jessica Kruger, clinical assistant professor of community health and health behavior at University at Buffalo, said in a statement.

Turns out drinking can fuel all kinds of bad decisions.

Here’s more from those buzzkill eggheads:

We dug a bit deeper and first figured out what the “drunchies” were, and then decided this would be interesting to study. Our first study in this area focused on what people ate while drinking alcohol. This study explored what they eat the day after drinking,” Kruger said. Study participants completed an anonymous online survey, answering questions about their diet and their alcohol consumption.

The researchers found that participants didn’t report drinking more water before bed, which could exacerbate dehydration, and may lead to more unhealthy food choices.

The day after drinking, participants’ dietary patterns changed from the night before. They gravitated toward foods like pizza or tacos over milk and grains, most likely because of the so-called hangover cures that get passed down to students and which entail eating foods that “soak up” the alcohol, the researchers reported.

All we can say after reading that is… now we’re in the mood for some tacos!