Where to Eat, Drink and Play in Savannah, the South’s Most Decadent Destination 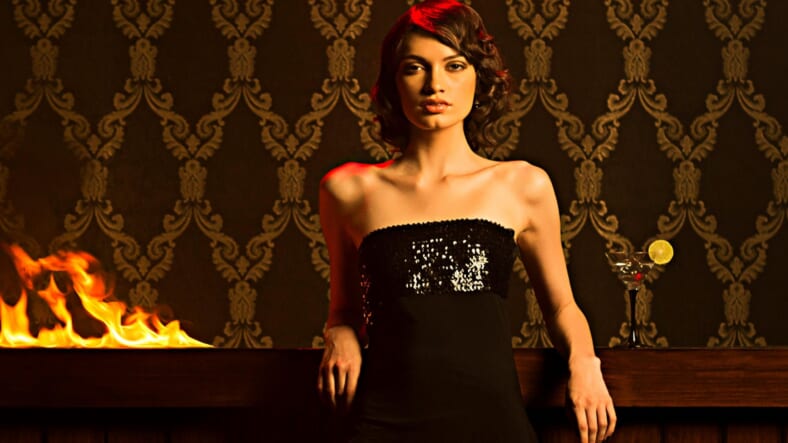 Strolling through the manicured squares of this picturesque coastal city, you’d be forgiven for thinking that time stopped around, say, the Lincoln Administration. Gothic architecture, ancient moss-covered oaks and statues of Revolutionary War generals on bucking broncos transport you to a bygone era free from Instagram hotties, electric supercars and even those wily Kardashians.

Then you look down, see the craft cocktail in your hand — thank you, liberal open container laws! — and realize you’re actually in one of the hottest food, drink and party spots this side of the Mason-Dixon line.

Welcome to Savannah, the Hostess City of the South.

This mix of old and new, of highbrow and low, is what gives the city its wholly unique character. Around the corner from an elegant Lowcountry restaurant in a historic Colonial mansion is a hole-in-the-wall dive with $2 cans of Miller Lite. Down the street from that haunted square supposedly built on mass graves is a trendy vegan cafe with a cold brew that’s, well, to die for.

And as for all those ghost stories about the restless undead who continue to inhabit the “most haunted” city in the South? They’re all the more convincing when perched on a barstool, chatting with locals and enjoying some of the tastiest grub you’ve ever eaten.

Here’s how to do Savannah right:

Strategically located on a river, by the ocean, with farms and livestock nearby, Savannah is the ideal place for restaurants of all kinds to flourish. Throw in a tradition for fine Southern cooking and a bustling food scene welcoming to young chefs, and you have a foodie paradise.

James Beard Award-winner Sean Brock runs the show at Husk, where he highlights, deliciously, the unique ingredients of coastal Georgia. (Our Bible Belt-bred waiter said nothing would touch the table that wasn’t from the South, and we believed him.) The fried chicken is perfect.

Cotton & Rye also features modern interpretations of time-honored dishes, with all breads, pickling and charcuterie done on premise. Their house bacon brings the shrimp & grits to a whole other level.

Speaking of shrimp, the must-hit seafood spot is a 20-minute Uber ride from downtown. As the name suggests, The Wyld Dock Bar is right on the water… and you can taste it in the oysters, crabs and fish tacos. Just make sure to get there in time to order a painkiller slushy (their signature drink) and watch the sunset.

The Upstream Supreme Toast at Collins Quarter, topped with pastrami-style cured salmon, mascarpone cheese and crispy fried capers, might be the ultimate brunch dish. Like the city itself, The Grey — housed in a former Greyhound bus station — goes high/low with its utterly decadent foie & grits. The brand new Emporium Kitchen is already making its mark, with an instant-classic burger.

When you’re done with your meal, wait on line with everybody else for a couple of scoops of tutti frutti at the legendary Leopold’s Ice Cream. They literally invented the flavor.

Whether you’re feeling high-class or down-and-dirty, there’s a place in Savannah for you to drink. On the top of the fancy list sits Artillery, one of the few places in town with an actual dress code. (Leave the sandals at home, Lebowski.) The cocktails are divided into “classic” and “contemporary”; we recommend trying something new, like the whiskey, amaro and absinthe-fueled Man the Guns.

Mixology nerds will love the incredible Alley Cat Lounge, where the epic menu is an actual newspaper filled with quotes, stories and an encyclopedia’s worth of info about booze. If you don’t feel like sitting in a dark basement, the Peregrin Rooftop Lounge offers the uber-trendy Frozé (a frozen rosé), along with panoramic views of the city.

There’s nothing in the world like a great dive, and this town has some of the best we’ve ever been to. Pinkie Masters is legendary, a Savannah institution where Jimmy Carter once stood on the bar to announce that he was running for president. Abe’s on Lincoln is full to the rafters — literally — with sketches of Honest Abe drawn on napkins by artistically inspired (or, more likely, totally wasted) patrons. The bar at the one-of-a-kind American Legion Post 135 is open to the public, complete with pool table, bingo nights and, quite possibly, the cheapest drinks in the country.

We ended our nights doing karaoke at McDonough’s, an Irish pub where, it seemed, the whole city stopped by to bust out a tune before heading to bed.

While there are a wealth of hotel options in Savannah, our pick is the newly opened Perry Lane. Located in the downtown historical district, this boutique property is near everywhere you’ll want to go. (Plus, its proximity to McDonough’s means it’s just a short stumble back at the end of the night.) With 167 ultra-modern rooms, a rooftop pool and a library with daily drink tastings, there’s nowhere else we’d rather call home.

We’d be lying if we said that eating and drinking weren’t at the top (and middle and end) of our list of what to do in Savannah, but there are plenty of non-consumable attractions worth checking out. Grab some new duds at the trendy Rat on Bull, treat yourself to a soothing hot towel shave at Bell Barber, geek out on six strings at Benedetto Guitars, and then find a wall-worthy souvenir to bring home at V & J Duncan Antique Maps. Oh, and finally, schedule a nighttime ghost tour with the ghoul-obsessed guides at Genteel & Bard.

If one kind of spirit doesn’t get you in Savannah, the other will.