Some Seriously Thirsty Thieves Just Made Off With $500,000 of Jerky and Beer

That’s gonna be one hell of a party. 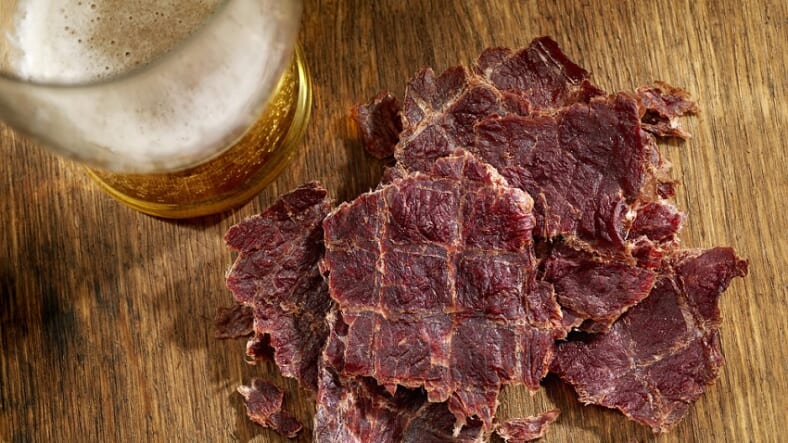 You’d think that this might an appropriate story for #NationalBeerDay, but that’s not the case—at least not exactly. No, the case here is criminal.

The place: A Montreal suburb, Longueuil. The crime: someone jacked a half-million dollars (Canadian) of Grolsch beer and Jack Link’s beef jerky. Also some pepperoni.

The crime occurred around March 12. That was when a party-loving crew of thieves broke into wherever the beer, beef, and pepperoni were stored and lifted all their savory goodies.

Thieves steal 20,000 cases of beer and beef jerky in Canada. Beer, dried beef and pepperoni worth nearly half a million dollars was stolen from a warehouse near Montreal on March 12. Police are asking any merchants who notice anything unusual to report it pic.twitter.com/BuPUHszkt5

Police waited till April to notify Longueuil residents, posting a flyer with relevant imagery. The National Post quoted the notice, which indicated the robbers haven’t been hiding. They “have approached different businesses in an attempt to sell their loot.”

Police said they “fear that other honest merchants will be targeted.” They suggest “owners who are approached to buy cases of Grolsch beer verify that it is their usual supplier and be wary of questionable payment methods.”

It’s a good thing no one’s ever tried to commit such a crime during Super Bowl week in America. They’d be dead before they could even snap into a Slim Jim.