Four Loko Unleashes ‘The Hardest Seltzer in the Universe’

This ultra-strong, 14% alcohol seltzer is here to take on #WhiteClaw. 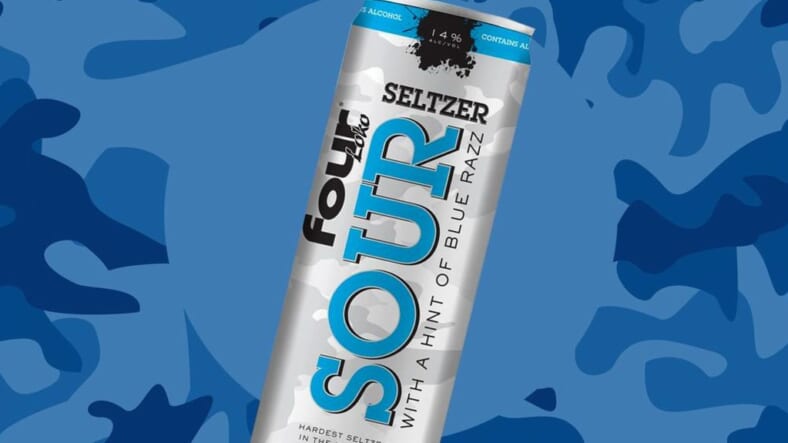 Four Loko is the latest booze brand to jump on the spiked seltzer bandwagon with an absurdly strong fizzy water that packs 14 percent alcohol by volume.

Hard Seltzers ran so we could fly pic.twitter.com/g5ilBIyhl4

Four Loko–best known for its sugary, caffeinated malt liquor packaged in neon-colored camouflage cans–took to social media to announce “Four Loko Seltzer,” which is shamelessly labeled as the “hardest seltzer in the universe.”

Apparently, the mind-scrambling concoction will also have some sort of “sour” flavor “with a hint of blue razz.” Sounds good, right?

A follow-up tweet took aim specifically at the latter by hilariously employing the “Disloyal Man” meme.

The suits at Four Loko are no doubt attempting to capitalize on the ever-growing popularity of spiked seltzer, and rightfully so.

According to Nielsen by way of Business Insider, the segment grew more than any other in the beer category over the Fourth of July weekend and has seen sales increase by over 200 percent in the last year.

At this rate, it’s only a matter of time before another booze brand comes out with an even stronger hard seltzer. But at least for now, Four Loko can safely lay claim to the highest ABV crown.