The Mayor of Flavortown’s good guy rep remains as solid as ever. 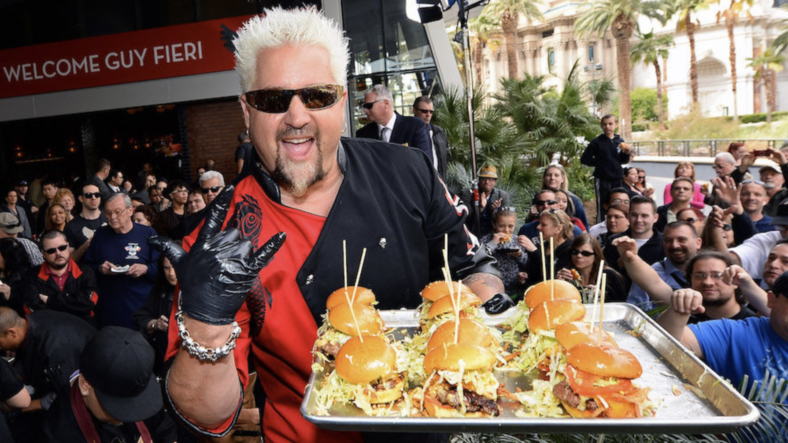 If you look up the definition of “mensch” in the dictionary, it says, “a person of integrity and honor.” The only thing missing from the entry is a photo of Flavortown King Guy Fieri, who has — especially during the coronavirus pandemic — proven many times over that he lives up to the meaning of that word. He did it again last month at a Miami restaurant where he left a $5,000 tip.

Earlier today 9Beach Latin Restaurant shared on social media that Food Network star Guy Fieri — he of Diners, Drive-Ins and Dives, Flavortown, and more — paid a visit last night and dropped a $5,000 tip.“A shout-out to celebrity chef Guy Fieri from the Food Network…he left a $5,000 tip @ 9beach Latin Restaurant ‘to be divided by all the staff and kitchen personnel,'” 9Beach shared on Facebook. “Outstanding and greatly appreciated by all. Thanks!”

The New Times speculated that “Fieri may have stopped by for a Cuban sandwich ($12) and a Cuban coffee ($2) after the festival folded its tent for the evening,” then calculated that normally would’ve added up to a 20 percent tip of $2.80.

Extraordinary as such a huge gratuity might seem, it’s completely in character for Guy Fieri. In the past year alone, the highest-paid chef on TV has raised $25 million for the restaurant industry at large, calling out no less than Jeff Bezos for stinginess in the process.

In 2015 Fieri conducted a mass gay wedding ceremony in Miami. He did this in great part to honor the memory of his late sister Morgan, a lesbian who fought cancer most of her life before passing away at 39.

Call him the Mayor of Flavortown, Chef Fieri (he studied culinary arts in France and has a degree in hospitality so yes, he’s earned the title), whatever — it’s pretty obvious that behind Fieri’s bro-friendly image there’s a spirit of generosity and concern for others that proves he’s earned his place in a Good Guys Hall of Fame.