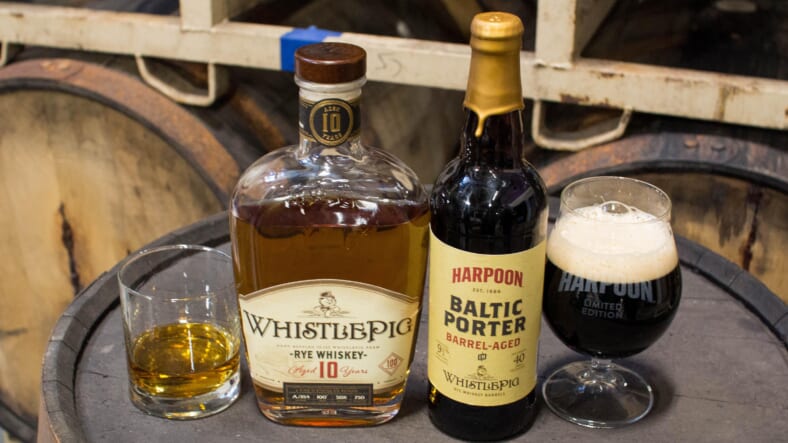 Harpoon Brewery is reviving a Baltic Porter beer they last made in 2012 for a limited edition run, this time with the help of their Vermont neighbors at WhistlePig rye whiskey distillery.

WhistlePig, as many whiskey aficionados likely know, is a top-shelf rye maker formerly steered by master distiller Dave Pickerling, who created Metallica’s “Blackened” whiskey before his passing in 2018.

“Harpoon Brewery is well-known across New England, but our relationship stems from their proximity to our distillery with their Vermont location,” said Pete Lynch, Master Blender at WhistlePig in a statement announcing the cold-weather brew. “We were excited about the opportunity to bring wintery warmth to this popular brew in a way that only our unique rye whiskey barrels can.”

The Barrel-Aged Baltic Porter is exclusively available in 22-ounce wax-dipped bottles for $14 per bottle, and can be located via the Harpoon Beer finder here. You can also order it on draft starting this month at Harpoon Brewery’s Boston and Vermont locations.