All hail the King of Nacho Town. 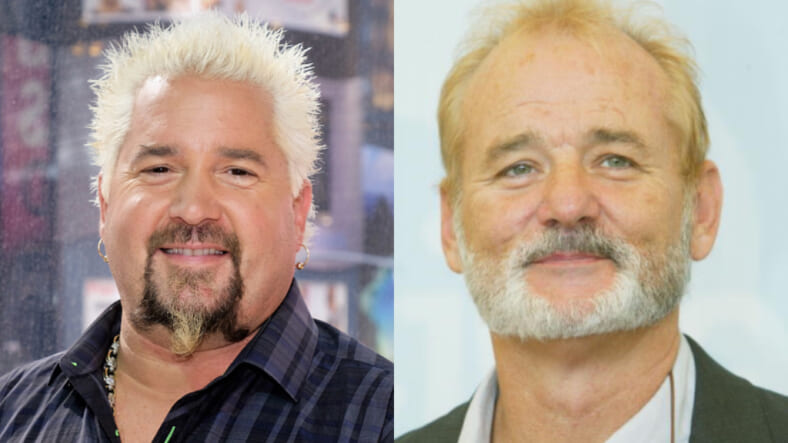 In the end, there could be only one.

Only one winner of the Bill Murray-Guy Fieri Nacho Average Showdown, held over Facebook Live on May 15, 2020, that is. Perhaps it was inevitable, but it came down to the Mayor of Flavortown doing what he does best—cooking up a mouthwatering party on a plate. Fieri and his son Hunter ultimately beat Murray and son Homer, but not without a lot of trash-talking in the interim.

The Food Network’s event to benefit Fieri’s Restaurant Employee Relief Fund featured Murray coaching his son at the latter’s workplace, Brooklyn restaurant 21. Mostly what the Caddyshack and Lost in Translation star did was yell about Fieri’s ingredient choices.

Food Network personality Carla Hall hosted and the competition was judged by Shaquille O’Neal and actor Terry Crews—who thanks to social distancing measures couldn’t even taste the food.

Still, in the end Crews cast his vote for the Fieris’ “Terry Crews of nachos,” a towering stack of tostada nachos. O’Neal was a bit more of a stickler for rules and went with the Murrays’ offering, as they made regular nachos.

Hall broke the tie by voting for Fieri. The Mayor Flavortown emerged victorious, as we knew he would.

Watch the whole thing in the video above, and get ready to get hungry.