The show may be over, but more GoT-themed scotch is coming. 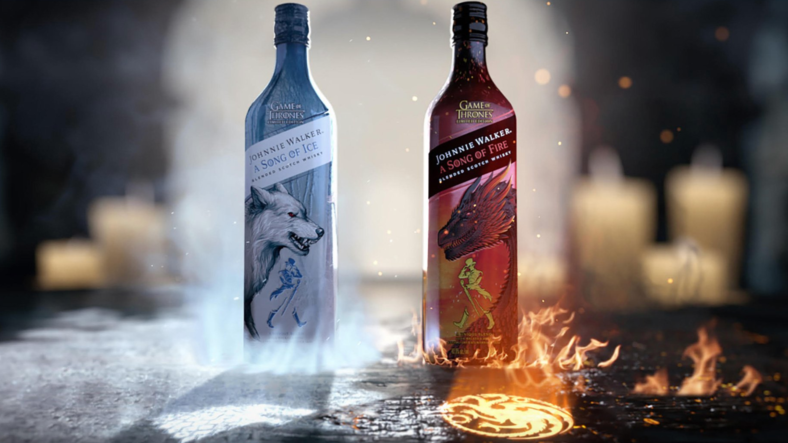 Game of Thrones is gone, but is anyone who followed the show for years really over it yet? If not, then Johnnie Walker has you covered with a new pair of GoT whiskies: A Song of Ice Blended Scotch Whisky and (of course) A Song of Fire.

This branded hooch comes in a pair of beautifully-designed Thrones-themed bottles that reflect the show’s dramatic intensity.

A Song of Ice bears a snowy direwolf on the bottle and the blend is made up of single malts from northern Scotland distilleries. A Song of Fire isn’t some gimmicky red-hot Fireball knockoff like the dramatic bottle might suggest. It’s a smoky blend out of Scotland’s Caol Ila and the art is a fierce-looking dragon worthy of guarding Queen Daenerys herself. If she were still with us, that is.

Ice and Fire are best enjoyed in different ways. With a clean, bright taste, A Song of Ice is perfect on the rocks. A Song of Fire has spicy notes and probably best taken with just a splash of water or neat.

A Song of Ice and A Song of Fire are plenty affordable at $43 each, or $86 when ordered together.

Put them together with a bottle of White Walker as seen in the Insta photo above, and you’ve got one hell of a good Labor Day weekend Thrones re-watch party. Those controversial final episodes might not seem so bad after all.