Who’s up for a cereal-flavored IPA with marshmallows in it? 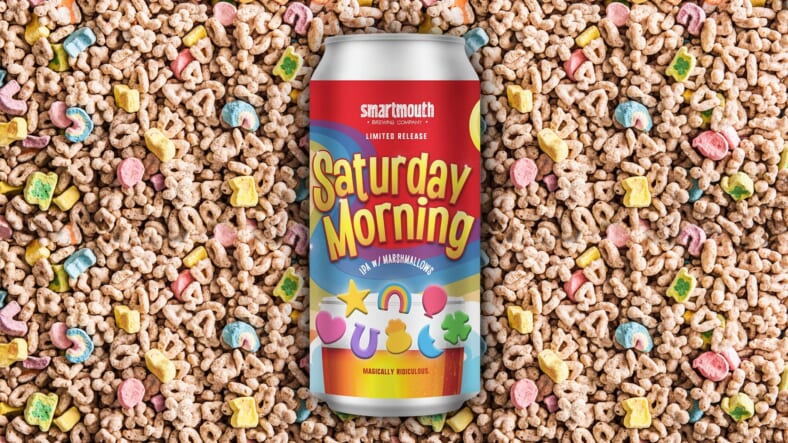 A Virginia brewery is dropping a new beer called “Saturday Morning” that is a winking tribute to old-school breakfast cereal Lucky Charms.

Smartmouth Brewing Company’s  limited-edition IPA  has 6.6 percent ABV and is “brewed with in-house toasted marshmallows and bulk dehydrated-marshmallow-bits,” brewery spokesperson Chris Neikirk tells USA TODAY. “It has been hopped and dry-hopped with Galaxy and Calypso hops.”

The totally sweet-sounding beer is available on draft or in cans, but only in Virginia. It’ll be distributed throughout the state to a limited number of restaurants, bars and specialty shops.

“The nose is sweet and citrus, with orange and pear aromas,” Neikirk said. “It has a soft pillowy body with a slight cereal taste.”

Not only does it taste like cereal and the label looks like a box of Lucky Charms, but “Saturday Morning” beer features “magically ridiculous” on the can, which readers of a certain age may recognize as a not-so-subtle play on the “magically delicious” Lucky Charms slogan.

“It is just a beer evoking nostalgia in adults who remember days when Saturday mornings were a time that you sat around watching cartoons and playing games,” says Neikirk.

And that’s not the only super-sweet suds the company has on tap: Smartmouth also has a Chocolate Chip Cookie Milk Stout that has cocoa nibs and vanilla in it.

Doesn’t sound bad, but we want to try the Lucky Charms brew first.