Millennials Are Being Blamed For The Tragic Decline of American Cheese

“People want to know where their food is coming from.” 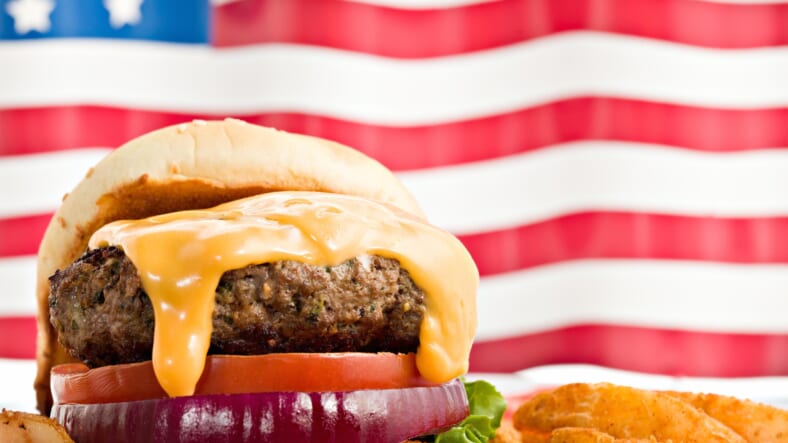 Okay. First of all, how dare they. American cheese is goddamn delicious. So tangy. So salty. So good. Plus, if American cheese becomes extinct, what are we going to put on our gas station nachos and 7-Eleven hot dogs? No other cheese melts that seamlessly. Seriously.

According to Bloomberg, fast food restaurants are getting rid of their classic processed cheese options in favor of artisanal cheeses to keep up with the demand of fancy cheese-loving millennials.

McDonald’s, for example, has now replaced their delicious orange processed cheese product for one that’s preservative free, Wendy’s is now offering asiago, A&W’s Canada only has real cheddar on their burgers, and most pretentious of all, Panera Bread has replaced American cheese with a fancy-ass four-cheese blend of fontina, cheddar, monteau, and smoked gouda.

American cheese — full of delicious preservatives, chemicals, and coloring — has been a staple in kitchens across the great U.S. of A. for decades, with basically every member of Gen X cooking up a mean mac and cheese and grilled cheese sandwiches with it.

But now, the new generation is woke AF. They caught on to the fact that American cheese is just a weird solidified slime that happens to taste good and isn’t really even cheese, and they’re demanding some real cheese. If they could, they’d raise the cows themselves and make their own organic, grass-fed, non-pasteurized cheese.

Data shows that the “U.S. sales of processed cheese, including brands like Kraft Singles and Velveeta, a mainstay of delicacies such as ballpark nachos, are projected to drop 1.6 percent this year, the fourth-straight year of declines, according to Euromonitor International,” Bloomberg writes.

“The end of the affair is also evident at the Chicago Mercantile Exchange, where 500-pound barrels of cheddar — which are used to make American cheese — are selling at a record discount to 40-pound cheddar blocks, the cheddar that shows up on party platters. That’s because demand for the cheese in the barrels has been dwindling for years, according to Alyssa Badger, director of operations at Chicago-based HighGround Dairy.”

But sales aren’t the only thing declining. Apparently, even though the number of cheese factories increased 40 percent from 2000 to 2017, they’re all factories for specialty cheeses that definitely aren’t processed cheese products.

Furthermore, according to the U.S. Bureau of Labor Statistics, for the first time since 2011, the price per pound of the tasty “cheese” is under $4.

Gayle Voss, owner of Gayle V’s Best Ever Grilled Cheese in Chicago, takes two slices of fresh-baked sourdough and fills them not with American cheese but with Wisconsin-made butterkäse cheese. It’s made in small batches by farmers who know the names of their cows. It’s melty and slightly stretchy, and yes, buttery. It’s what people want these days, she said.

“I could buy preservative-filled cheese and butter,” Voss said. “But I’m all-out on supporting small businesses and offering a good, quality product, and the minute people bite into it, they know — because it’s so good.” Pause here to imagine taking a bite of crunchy bread and melted cheese that forms a string as mouth and sandwich separate. “People want to know where their food is coming from,” she said, “and my sales reflect that.”

Well, what can I say? At this rate, future generations are never going to be able to experience the delicious silkiness of processed cheese products. In 30 years or so, maybe no one will ever get to experience the pleasure of unwrapping a couple Kraft Singles and slapping them between two slices of Wonder Bread. And that would be tragic.