Nick Offerman Debuts His Own Single Malt Scotch From Lagavulin 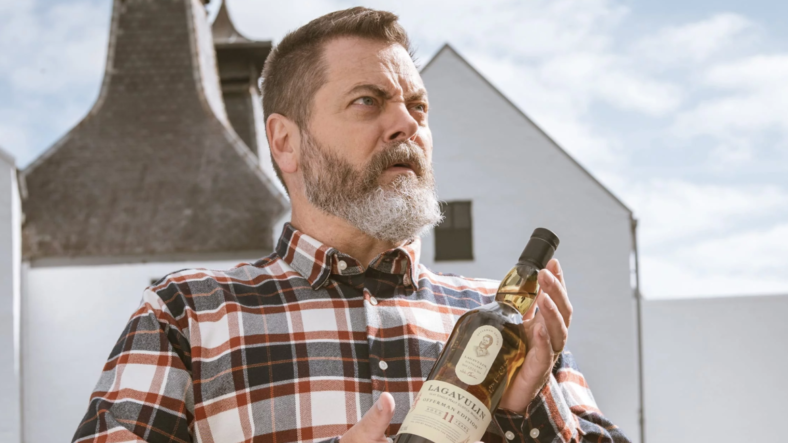 Parks and Recreation aired its final episode in 2015, but Nick Offerman‘s indelible portrayal of the scotch-loving Ron Swanson is forever.

That Offerman’s own signature edition is a Lagavulin scotch is no coincidence. Ron Swanson was so devoted to the brand that a visit to the distillery in season 6 of Parks and Recreation moved the famously reserved city official to tears.

Tasting notes on the ‘Offerman Edition’ Lagavulin Islay Single Malt Scotch Whisky indicate it has the expected “Lagavulin peatiness” as well as “spices and dried fruit.”

Offerman had a hand in designing the labels, which feature a portrait of the star with his signature manly beard and a quote: “I have traveled the world and sampled many attempts at pleasing nectars, but it is solely this distillation of Islay; a tiny, charismatic Scottish isle, that has claimed my palate. Yea, and my heart into the bargain.”

Unfortunately—but perhaps appropriately—Offerman’s Lagavulin is a limited-edition expression. It’s available at a “select” number of outlets in the U.S. beginning this month (October 2019) with a MSRP of $74.99.

If you can’t find it on store shelves near you, it’s available for purchase online. To receive it in November, pre-order now for $89.99 here.