More Than a THIRD of Rare Scotch Whisky Might Be Fake, Says Disturbing Report 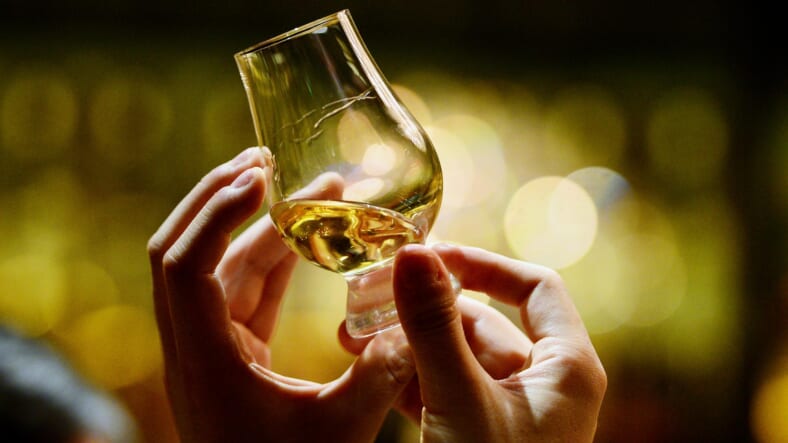 You might want to consider popping the cork on that decades-old bottle of rare Scotch whisky that you can’t bring yourself to drink.

A joint effort between spirits broker Rare Whisky 101 (RW101) and geochemistry experts at the Scottish Universities Environmental Research Center found that of the 55 ultra-rare Scotches they analyzed using radiocarbon dating techniques, 21 weren’t distilled in the year on the labels.

In other words, nearly a third of all the samples were fake. Combined, they had a purported value of over $800,000.

Worse yet, none of the 10 of the bottles they tested with a pre-1900 vintage were found to be legitimate, leading RW101 co-founder David Robertson to issue this statement in a press release:

“It is our genuine belief that every purported pre-1900—and in many cases much later—bottle should be assumed fake until proven genuine, certainly if the bottle claims to be a single malt Scotch whisky.”

The bottles were randomly selected from auctions, private collections and retailers. An Ardbeg 1885 and a Thorne’s Heritage early 20th century blend were among the counterfeit expressions.

Based on the results, RW101 estimates that there’s $52 million of fake rare whisky in secondary markets and private collections in the U.K. alone. They urge buyers to “request absolute proof of authenticity before considering antique bottles.”