Suite holders will be served everything from 18-inch hot dogs and Key Lime Pie milkshakes to a $5,000 oysters, Dom Perignon and pearls combo. 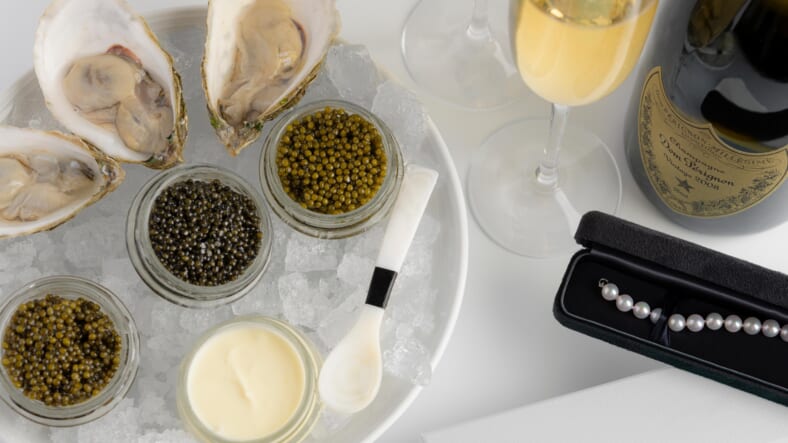 How suite it is!

NFL fans shelling out for a luxury suite at the Super Bowl in Miami can do more than just root for the Chiefs or 49ers at Hard Rock Stadium on Sunday, February 2–they can also feast on an extravagant $5,000 “Oysters and Pearls Package.”

The showy shellfish offer is being peddled by stadium caterer Centerplate and features a dozen oysters on the half shell, caviar with crème fraiche and potato blinis, a bottle of Dom Perignon Brut 2008 Vendage served in crystal flutes, and an Akoya pearl bracelet.

Eating the bracelet is obviously not recommended, but it could be a memorable keepsake if you feel like dropping five grand on the package, though interested parties are advised to pre-order the limited-edition deal before the Big Game.

Other items you’ll find in the suites include the following South Florida-inspired snacks:

Succulent pork marinated in a blend of annatto, sazón and chimichurri and served with lime-infused plantain chips.

If you’re in Miami, the hottest pre-Super Bowl party in town will be the Maxim Big Game Experience, a “Havana Nights”-themed extravaganza featuring performances by The Chainsmokers, Rick Ross, Lost Kings, and more.