This would be an absolute travesty for PBR fans. 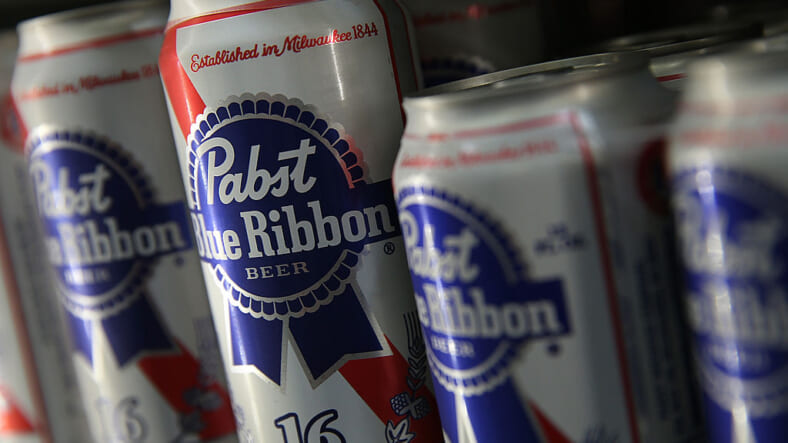 Popped open a can of good old Pabst Blue Ribbon lately? People get older, tastes change, but PBR is a tried-and-true cheap beer favorite, found at backyard barbecues in the summer, tailgating parties in the fall, and at discerning dive bars year-round, often paired with a shot of bottom-shelf whiskey. In recent years, working-class PBR has sought to rebrand itself as the favorite beer of young hipsters everywhere–just check out their Instagram for evidence of that.

Now, PBR is in danger of going the way of dial phones and dinosaurs, if a court battle between PBR and suds giant MillerCoors, goes the wrong way.

Without brewing partner MillerCoors, there is no PBR. According to an Associated Press report, confidential documents have revealed that MillerCoors might be just fine with that, and that’s part of the reason PBR is suing them and the companies are headed to trial:

Pabst’s attorneys have said in court documents and hearings that MillerCoors LLC is lying about its brewing capacity to break away from Pabst and capture its share of the cheap beer market by disrupting Pabst’s ability to compete. At a March hearing in which MillerCoors tried to have the lawsuit dismissed, Pabst attorney Adam Paris said “stunning documents” obtained from MillerCoors show that it went as far as hiring a consultant to “figure out ways to get rid of us.” MillerCoors has called that a mischaracterization of the consultant’s work.

It’s definitely a perilous situation for Pabst. Under an agreement that expires in 2020, the AP reports that “Pabst needs 4 million to 4.5 million barrels brewed annually.”

The company has no option other than MillerCoors for brewing, and “is seeking more than $400 million in damages and for MillerCoors to be ordered to honor its contract.”

MillerCoors is one of America’s beer giants and as such, it really holds all the cards here. Pabst counsel Adam Paris reportedly said his client faces “an existential issue” because “it has no real alternatives.”

Paris also contends that MillerCoors has acted in bad faith, citing a 2013 consultant’s report which discussed completely doing away with PBR.

Over email, a Pabst spokesperson gave Maxim the following statement:

Since 1844, Pabst has been offering authentic, great tasting and affordable beers to all Americans. From our flagship brand, Pabst Blue Ribbon, to our local legends, which include Rainier, Lone Star, Old Style, Stag, Stroh, Natty Boh, Olympia, and others – these iconic brands all have rich histories and deep roots in communities across the country. We are deeply disappointed that MillerCoors, the U.S. subsidiary of multinational brewing conglomerate Molson Coors, has willfully breached our 19-year agreement in an effort to stomp out the competition.Even though MillerCoors’ market power is much larger than Pabst’s, we will not allow this industry bully to push us around. We are confident that the court will see MillerCoors’ fabricated “capacity” concerns for what they are: a thinly veiled, bad faith attempt to unlawfully hurt a competitor.”

Eliminating PBR is unthinkable, really: It’s like doing away with cargo shorts and charcoal grills.

The case that could decide Pabst’s fate goes to trial Nov. 30. Let’s all pop a cold one and cross our fingers that PBR will never die.