The Captain Pabst beer line pays homage to company namesake Frederick Pabst, who was a ship captain on Lake Michigan in the 1800s. 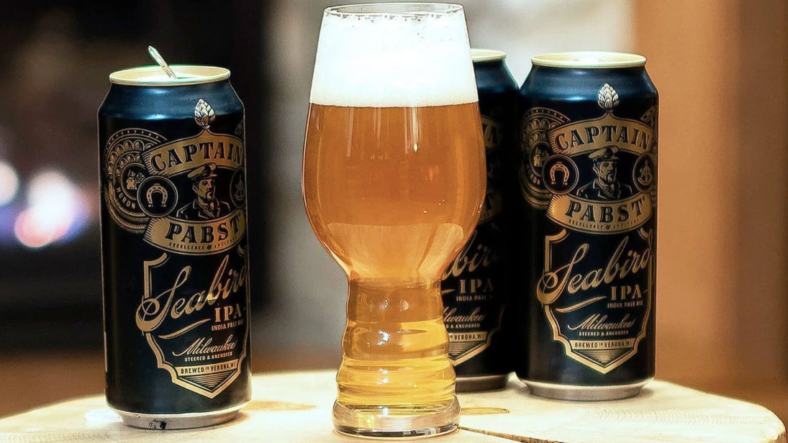 If when you think of craft beer you think of side street shops in tourist towns full of big steel vats, brown bottles of ale, and bearded beer nerds who use terms like “firkin” or “Sixtel,” Pabst Brewing is aiming to change that. The popular budget suds brand is launching “Captain Pabst,” a new line of upscale craft beer which should give those small-batch folks some healthy competition.

The Blue Ribbon beermaker announced this move on January 15, and revealed that Captain Pabst will be a product apart from other PBR offerings, beginning with Seabird IPA, the flagship variety Pabst will first make available in the midwest.

According to Brewbound, the new beer is a tribute to the company’s founder:

The Captain Pabst line of beers pays homage to company namesake Frederick Pabst, who was a ship captain on Lake Michigan before marrying into the family that owned Milwaukee-based Best’s Brewing Company, which was renamed for Pabst by 1889.Seabird IPA, which is brewed with Magnum, Citra, Cascade and Mosaic hops, is named for the last ship Pabst captained. The beer checks in at 4.5% alcohol by volume and has 45 IBUs. Pabst beached The Seabird on the shore of Lake Michigan’s Whitefish Bay in an 1863 storm, and then abandoned his nautical career for his father-in-law’s brewery. Pabst died in 1904.

Pabst is also renaming its Milwaukee taproom and brewery to Captain Pabst’s Pilot House. Visitors there will, according to Pabst, find “imaginative” new brews and spirits unique to the site. They will also be able to participate in the new Blue Jacket Club loyalty program.

Captain Pabst’s Pilot House will have its grand opening on the real Captain’s 184th birthday, March 28, 2020.