Here’s how you can score one of these ultra-rare bourbons while supplies last. 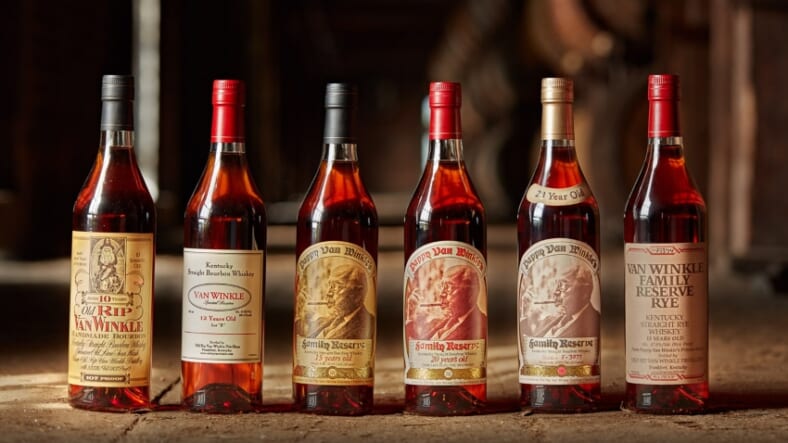 Sandwiched in the middle of this holiday season—Halloween candy, Thanksgiving turkey, Christmas wine—is the new Pappy Van Winkle bourbon collection release, which really deserves a holiday all its own.

The deal with Van Winkle releases is the Old Rip Van Winkle Distillery in Kentucky isn’t about churning out gallons of the good stuff for all. Yields from their barrels are generally low because the long Van Winkle aging cycle allows for sometimes substantial evaporation.

So the tasty goodness of Pappy isn’t always easy to come by. It’s made with wheat, not rye, which gives it a distinctively smooth, sweet flavor that only grows more mellow in that long Van Winkle aging process.

The Van Winkle collection might be considered pricey by some, but connoisseurs believe it’s totally worth it.

Here are the whiskeys and their suggested retail prices for 2019:

Julian Van Winkle, the president of Old Rip Van Winkle Distillery, said in a press release that his company “cannot control the price retailers charge, so some retailers mark it up beyond our MSRP, even though we ask them not to.”

That means they set the “S” in MSRP, but it’s ultimately truly the manufacturer’s suggested retail price. However, Van Winkle continued, his distillery is “committed to releasing a quality product and hope retailers will honor what we suggest as a fair retail price.”

The 2019 Van Winkle Whiskey collection will be available in limited supply beginning in November.