It’s a boozy new way to do the Dew. 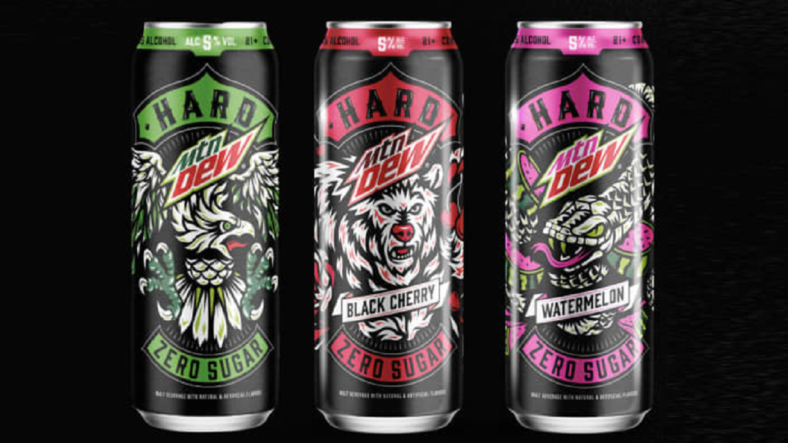 Boston Beer Company (they make Samuel Adams beer and Truly Hard Seltzer) and Pepsi just revealed a plan to collaborate in launching Hard MTN Dew. Which is exactly what it sounds like: the Dew, but with very beer-like alcohol content.

It’s a partnership the companies say will combine “Boston Beer’s world-class innovation and expertise in alcoholic beverages with one of PepsiCo’s most iconic and beloved brands.”

Boston Beer and Pepsi know that if it isn’t broke, there’s no need to fix it, so this new MTN Dew for adults of legal drinking age will certainly be recognizable (see above), and come in three classic Dew flavors but will be spiked with a malt beverage to the tune of 5% Alcohol By Volume (ABV).

Don’t call it beer, though–the preferred language in the joint press release says it’s a “new flavored malt beverage (FMB)” and it will, of course, “be marketed to adults of legal age and merchandized consistently with other alcohol beverages.”

This might be a nod to malt beverages of the past like Four Loko, which initially courted a lot of controversy by packaging and marketing that many believed was a little too appealing to underage drinkers.

According to the press release, Boston Beer is taking on the development of Hard MTN Dew while Pepsi will take care of marketing and advertising.

Look for Hard MTN Dew on store shelves–if you’re 21 or over–sometime in early 2022.