KFC is mixing it up. 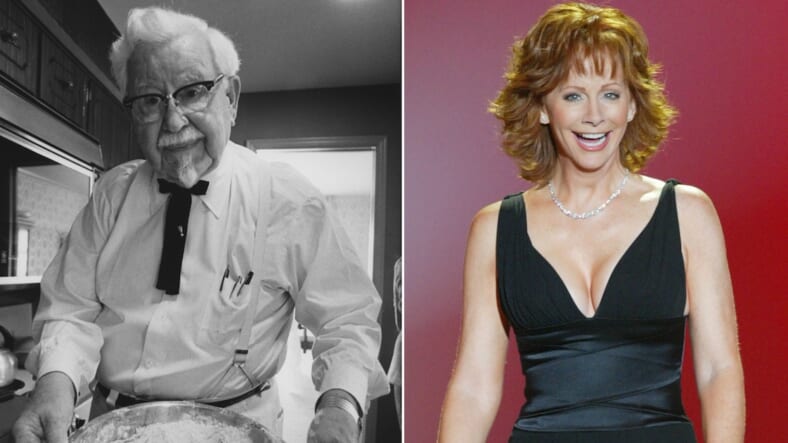 The Grammy-winning country music singer and star of Reba is the latest celebrity (and first woman) to take on the iconic role of KFC founder Colonel Sanders.

Reba will appear in a campaign for the new Smoky Mountain BBQ fried chicken, which will premiere Sunday. She will don the legendary white suit, hat, wig and goatee.

USA Today notes that the Sanders costume is now more feminine than ever. Reba’s two-piece suit is slimmer and features lots of beading. The new Colonel could be “gender fluid,” maybe fabulous or maybe it’s just a fast food commercial and doesn’t matter.

Whether or not the move was political, KFC says Reba McEntire is a perfect embodiment of the KFC Smoky Mountain BBQ ethos.

“She embodies the qualities of the colonel with her showmanship and entrepreneurial spirit,” KFC Chief Marketing Officer Andrea Zahumensky told USA Today.

“We love to find people who are really iconic, like Rob Lowe is very iconic. Also, someone who really represents our product. She is definitely sweet. She has that Southern charm.”

Reba will follow 11 other actors who have taken on the role, including Ray Liotta, Rob Lowe, George Hamilton and Darrell Hammond.