The “Deadpool” star is making major bank with the sale of his spirits brand. 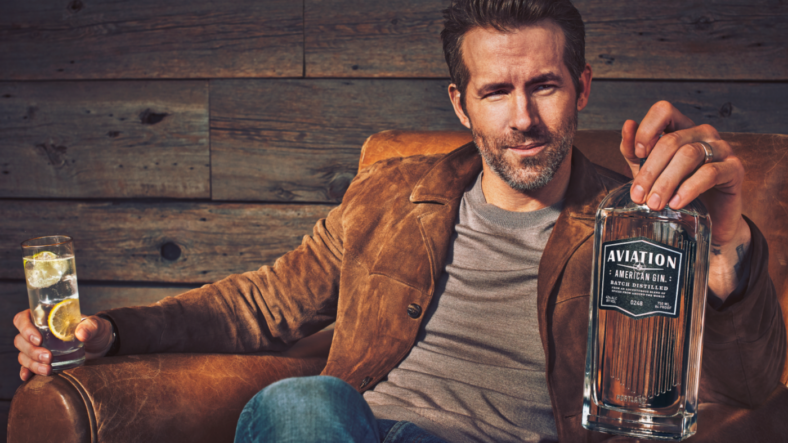 Ryan Reynolds just had a big windfall, and he’s having fun with it. Along with Davos Brands, the Deadpool star was co-owner of Aviation American Gin until this week, when spirits mega-corporation Diageo revealed they’d purchased Aviation for about $610 million. Vanity Fair reports Diageo is set to pay $335 million then follow up with $275 million if the gin—already the second most popular spirit of its kind in the United States—proves a big seller in the 2020s.

So, Ryan Reynolds sold his gin company today. I know it’s a good deal because he filmed a commercial for his gin almost entirely on Monkey Ranch. https://t.co/v8xWxHPhxp

Diageo is picking up the whole Davos package, as they are also buying Astral Tequila, Sombra Mezcal, and TYKU Sake. Reynolds reportedly will hold onto some form of ownership and also remain the face of Aviation for the next 10 years.

Reynolds has boosted Aviation’s profile hugely with his tongue-in-cheek ads and videos for the product and he handled this about the way you’d expect: With an epic “Out of Office” message that comes from his Aviation corporate email whenever someone tries to write to him.

The response says in part, “Thanks for your email. I am currently out of the office but will still be very hard at work selling Aviation Gin. For quite a long time, it seems.”

Then it takes a turn regarding his big deal with Diageo:

I just learned what an ‘earn out’ is… And I’d like to take this opportunity to apologize to everyone I told to go fuck themselves in the last 24 hours. My lawyers just explained how long it takes to achieve an ‘earn out’… so… turns out I’m not as George Clooney as I thought.

Reynolds’ email goes on to say “to those listed below, I’m sorry…and I’ll indeed be needing your help in the coming months and years.” He then lists everyone from his mom to wife Blake Lively to another celebrity booze mogul, Dwayne “The Rock” Johnson, who not so long ago released his own Teremana Tequila.

In a press release about the deal, Reynolds was a bit more straight-faced, saying he became part-owner of Aviation Gin because he loves “the taste of Aviation more than any other spirit.”

“What I didn’t expect was the sheer creative joy learning a new industry would bring,” Reynolds continued, “Growing the brand with my company, Maximum Effort Marketing, has been among the most fulfilling projects I’ve ever been involved with. I want to thank Diageo for their incredible team and passion. We’re so excited for the next chapter of Aviation Gin, which, I promise, will require just as little reading.”