Science has discovered exactly when to take your first sip. 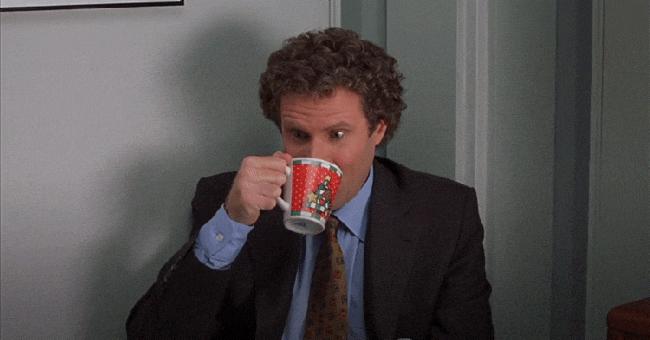 Ah, coffee. One of the greatest elixirs known to man. Just one sip first thing in the morning, and you can already feel the revitalizing powers of this murky magic bean water bringing you back to life.

But if you’re someone who needs an entire gallon to feel gloriously energized, there’s something you should know: You might be drinking your coffee at the wrong time of day. This might not make sense right now, but bear with me. You’ll be glad you did.

According to new chronopharmacology research, a.k.a. the study of how the effects of drugs vary depending on biological rhythms, there are specific times in the day when you should and shouldn’t drink coffee, in order to maximize its deliciously caffeinated jolt, and to avoid building up a tolerance to the good stuff.

In the study, neuroscientist Steven Miller of the Geisel School of Medicine at Dartmouth studied the circadian clock, which is your basically your internal master clock, and how the physiology of the human body varies throughout the day — specifically in terms of the stress hormone, cortisol.

Cortisol is commonly known as the hormone that spikes during stressful and dangerous situations and puts your body into “fight or flight” mode, but in normal circumstances, our cortisol levels fluctuate naturally throughout the day, rising in the morning making us feel awake and alert, and dipping at night, making us tired and ready for bed.

The natural release of cortisol is regulated by a part of the brain called the hypothalamus nucleus according to your circadian rhythm, and based on an average person who wakes up bright and early at 7 a.m., cortisol levels peak at approximately 8 – 9 a.m., then at 12 – 1 p.m., and again at 5:30 – 6:30 p.m. In other words, those are the times you feel most energized naturally.

Since cortisol already makes us feel alert and has a similar effect as caffeine, having a cup o’ joe at peak times isn’t the brightest idea, because consuming caffeine at the same time as when you have a good bit of cortisol flooding your body makes you develop a tolerance to it, thereby counteracting the energizing effect.

That said, you should try to have your coffee between cortisol spikes in order to get the maximum surge of energy you’re looking for, and not mess with your cortisol while you’re at it.

And so, here’s a timetable of the best times to drink your coffee during the day, according to science: