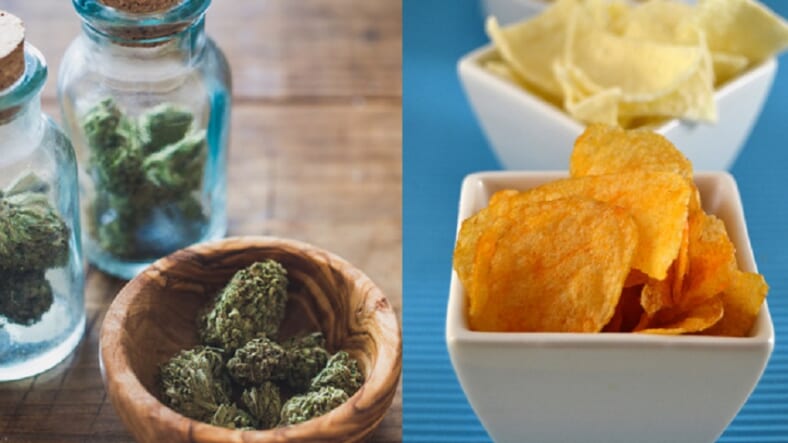 One of the best—and if you’re watching your weight, one of the worst—things about weed is the way it produces that slow, rising feeling of hunger. A feeling that can eventually lead to mass consumption of every carb in the house.

The munchies are a side effect of cannabis consumption, a side effect few complain about or even question. Unless you are a researcher at Washington State University, apparently.

A report in The Seattle Post-Intelligencer said that the totally not stoned scientists at the university decided to gift some lab rats with the green then try and discover the process that leads from inhalation (or ingestion) to hoovering up every cracker, cookie, and chip in the metropolitan area.

Jokes aside, the research was done for a good reason—to find out the best way to assist patients with illnesses that take away their appetites. It turns out there is some science involved. The need to chow down when high isn’t just operant conditioning from years of watching stoners stuff their faces in TV and movies.

Lead researcher Jon Davis said in a press release that while everyone knows that “cannabis use affects appetite,” no one really understood “about how or why.”

“By studying exposure to cannabis plant matter,” Davis continued, “the most widely consumed form, we’re finding genetic and physiological events in the body that allow cannabis to turn eating behavior on or off.”

To cut to the chase: ghrelin is a hormone that controls hunger. Cannabis boosts ghrelin, and according to Davis it then leads to “more frequent, small meals,” though there is “a delay before it takes effect.”

So there you go, it’s a hormonal thing. If experts learn how to harness that mechanism, it could one day help anyone suffering from illness-induced anorexia.

It will also help anyone not suffering from such an illness gain 20 lbs pounding Monster and Doritos. Careful with that ghrelin production, stoners.