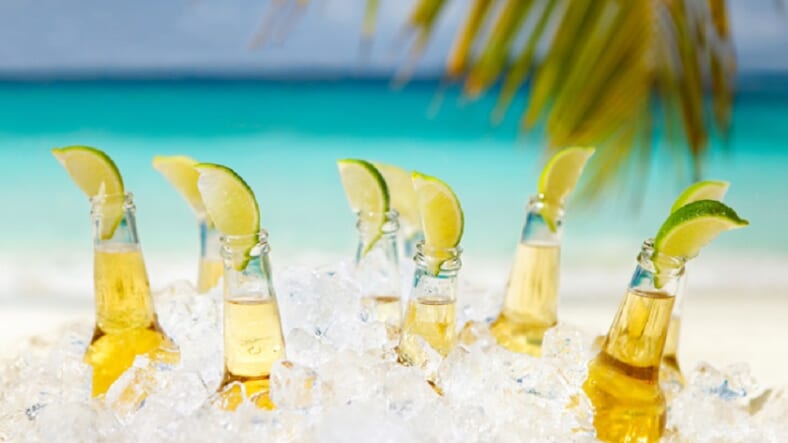 Nothing goes down smoother during the sweltering summer months than an ice cold beer or three. And some brews just taste better with a fresh lime wedge. (Looking at you, Corona and Tecate.)

That’s just a scientific fact. But a disturbing new warning from Slate is pretty unequivocal: you need to be pretty careful when you’re cutting and then squeezing that lime into your favorite brew.

It’s hard to see how putting a lime in your beer could be anything but great. Unfortunately there’s a condition called phytophotodermatitis, also known as “lime disease.” (That’s confusing because ticks can give you “lyme disease,” but that’s a totally different thing.)

The damage from “lime disease” is worse than from the more well-known illness in the short term. As the video tells us, it’s a simple equation: lime juice on the skin plus sunlight could equal anything from a condition similar to a second-degree sunburn up to massively gross blisters.

The more complex explanation is that the lime undergoes a chemical reaction the moment it’s in direct ultraviolet light, and your skin is all the worse for that.

It’s not a problem limited to tossing back easy-drinking Mexican lagers, either—an alternate name for phytophotodermatitis is “Margarita photodermatitis.”

The lesson is probably the same as it is with drinking in general: Everything in moderation. Also maybe don’t cut and use your lime in the sun.

Slate’s video should be just gross enough to help you remember that.