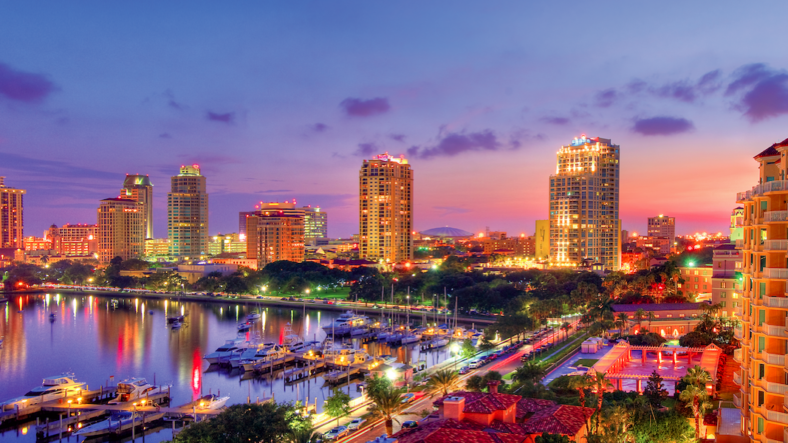 We’ve already told you that Florida’s Gulf Coast has some of the greatest beaches, bars and, yes, strip clubs in the entire country. But it doesn’t end there.

Nestled on a peninsula between Tampa Bay and the Gulf of Mexico, St. Petersburg has become one of the top destinations for food lovers who aren’t content to spend their vacation dinners at the same-old fast food spots or the local Fuddy McHoolihan’s.

With a combination of traditional favorites—the Tampa area is legendary for its smoked fish and Cuban fare—and the offerings of edgy young chefs who have moved to the relatively inexpensive city to hone their crafts, St. Pete is tailor-made for food-loving travelers.

We recently spent a long weekend eating our way through the “Sunshine City,” and these are the eight dishes we’re still dreaming of. So take note, and if you need a respite from any “Bomb Cyclone” blizzards, pack a bathing suit and some Tums and hightail it down to sunny St. Pete.

Your stomach will thank you.

Any discussion of the St. Pete food scene must begin with Ted Peters Famous Smoked Fish. Made the exact same way since the roadside shack was founded back in 1945, the salmon, mahi-mahi, mackerel or mullet—our personal favorite—spends between 4 to 6 hours over a fire of local red oak. The result is a smoky taste that doesn’t overpower while highlighting the best characteristics of the fish. Just ask Guy Fieri.

It’s a little-known fact that the famed “Cubano” sandwich—a mouthwatering combination of ham, roast pork, Swiss cheese, pickles, mustard and salami—was not created in Cuba. Rather, it first appeared in Tampa when tens of thousands of Cuban cigar rollers moved to the area in the mid-1880s. Today, the tastiest example is at Bodega, situated right in the heart of downtown St. Pete.

Located on the second floor of a gourmet market in downtown St. Pete, FarmTable Cucina specializes in local ingredients prepared with Italian flair. And while the homemade pastas, fresh fish and grilled meats are killer, we quickly became obsessed with the white anchovy crostini app. Don’t think these little guys are Domino’s rejects; they’re not salty, they’re perfectly plump, and they’re served on top of a creamy pat of “the world’s best butter.”

Send that Eggs Benedict and cream cheese-stuffed French toast back to the kitchen, brah. As far as we’re concerned, the best brunch dish on the planet is the southern fried chicken at The Mill. Served on top of pimento hoe cakes and creamed spinach, and then covered in a sweet-and-sour cream soda sauce, this bird will simultaneously cure your hangover, fill your belly, and have you licking your fingers for the rest of the day.

One visit to Lolita’s Wine Market, and you’ll learn the the four major food groups are, in fact, cured meat, aged cheese, crusty bread and a giant glass of vino. Hidden off the main drag on a quiet side street, this quaint wine bar has an insane selection of top-notch nibbles, both domestic and imported. Our advice is to let one of the servers prepare you a charcuterie board, complete with house-made accoutrements like truffled goat cheese-stuffed Peppadew peppers and Moroccan spiced olives.

Chicken, turkey and duck might get all the press, but we have to cry fowl (sorry). The quail at Reading Room proves that the diminutive little game bird plays second fiddle to no feathered beast. Served with pomegranate molasses and a delightfully sweet xeres sauce (that’s a kind of sherry, not the bad guy from 300), the salt & peppered preparation at this modern farm-to-table bistro will make you a believer in the power of pint-sized poultry.

The one thing you won’t be served with your bivalves at Empire Oyster, a permanent pop-up located in Intermezzo Coffee & Cocktails, is cocktail sauce. Why? Because, as their website states, “It was developed in 19th Century NYC to mask the scent and taste of a rancid oyster, and there simply is no place for it on a fresh, ultra-premium oyster from pristine waters.” Instead, pair the world’s tastiest aphrodisiac with house-made mezcal pearls.