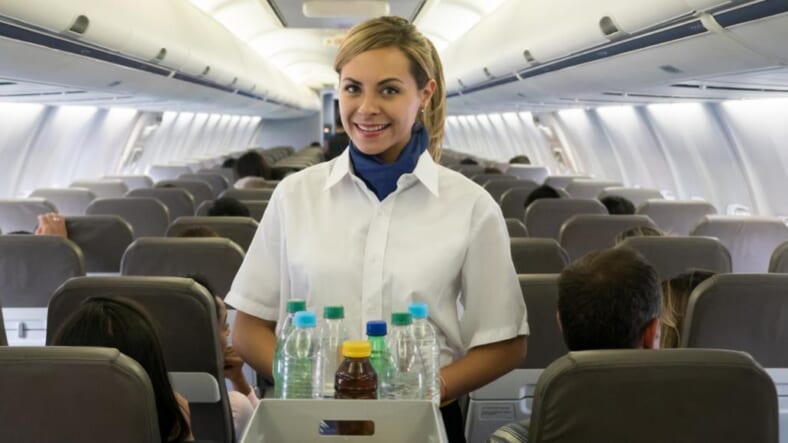 A recent report by Inside Edition revealed there are three things no one really wants on a plane: coffee, tea, and snakes.

Actually, Samuel L. Jackson warned us about the snakes years ago, but the coffee and tea are new and need some explanation.

Not drinking a nice, hot, caffeinated beverage is contrary to traveling, given how tiring it can be. But Air Hollywood flight attendant Jamila Hardwick told Inside Edition that when it comes to the stuff served in-flight, you might be getting some unwanted supplements with your dark roast or Earl Grey—germs, maybe: “The thing about the coffee and tea,” Hardwick said, is that “the pipes are rarely cleaned.”

Hardwick said that she and her colleagues simply do not order warm beverages in the air. If you’re a little freaked by that, know this as well—tray tables are dirty. Hardwick said passengers should bring their own cleaning materials, like disposable wipes. Because everyone is packing that in their carry-on bags, sure.

Hardwick wasn’t necessarily being an alarmist. One study conducted in 2015 found that certain “isolated bacteria” researchers discovered in aircraft water “have the potential to cause illness in certain sectors of the travelling population including immunocompromised individuals.”

Inside Edition got a statement from Airlines for America, a Washington, D.C.-based trade association and lobbying group, and it seemed to address the hot beverage issue:

The safety of passengers and crew also includes the provision of clean drinking water and amenities. The onboard water systems are filled with water from municipal systems, which is the same water source used throughout the airport, including for water fountains and restaurants, and delivered to homes, businesses and local communities each and every day. Airlines work closely with the Environmental Protection Agency (EPA) to ensure that water received from municipalities is safe and to maintain that safety by following rigorous sampling and management requirements, which include disinfection and flushing of the aircraft water tanks on a schedule required by regulation.

No one would blame you if you felt some extra caution anyway, despite that reassurance. Traveling is germy enough as it is in the first place—no one wants their tea spiked with giardia.