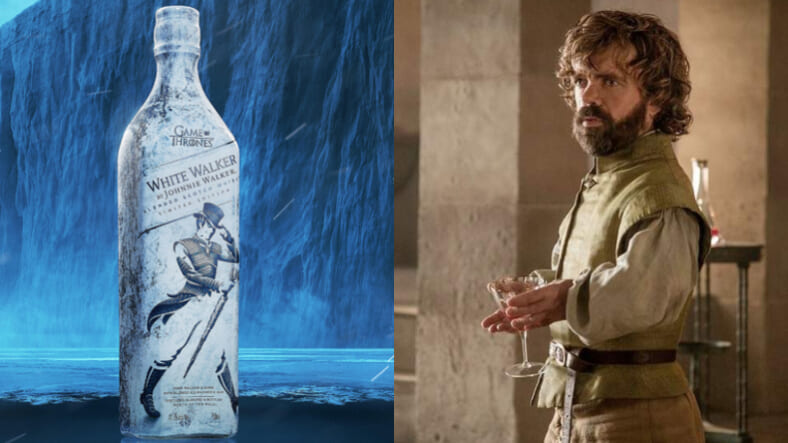 Winter is coming, and we’ve got the perfect drink to keep Game of Thrones obsessives warm who’ve already guzzled their supply of King of the North beer.

As promised, HBO and Johnnie Walker have joined forces to create a Game of Thrones-inspired blended scotch dubbed White Walker by Johnnie Walker.

The single malt whisky takes its name from the feared supernatural creatures who inhabit the frozen lands north of The Wall on the fantasy megahit. Bottled at 41.7 percent ABV, the gimmicky scotch has “notes of caramelized sugar and vanilla, fresh red berries with a touch of orchard fruit,” according to a press release. Naturally, you should enjoy the spirit chilled.

White Walker by Johnnie Walker will retail for $36 and is available nationwide beginning this October.

It’s just the first of eight limited- edition bottles from The Game of Thrones Single Malt Scotch Whiskey Collection. Each serves as a liquid homage to different Great Houses and territories featured in GoT.

Stock up before the eighth and final season of Game of Thrones debuts in 2019.