Here’s Why You Drink More When It’s Cold Out 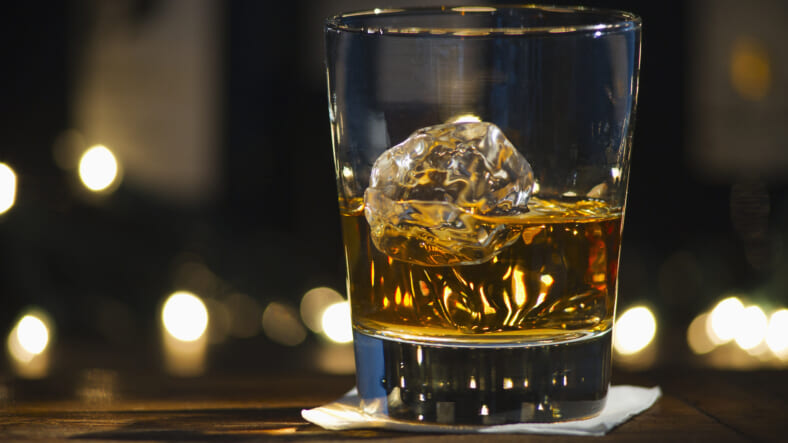 Summer or winter, drinking booze is always a good time. But do you catch yourself hitting the bottle a little harder when it’s cold out?

I mean, I know I do. It might be cold outside, but after my insides get a toasty hug from a glass of whiskey or red wine, it sure feels a little warmer. If you’re the same way, science finally has an explanation for this habit.

According to a new study from researchers at the University of Pittsburgh, people who live in colder climates drink more alcohol than those who reside in warmer places.

The reason? Booze is a vasodilator, which means it widens and relaxes blood vessels and increases blood flow. Obviously, when blood flow increases, you feel warmer — which is why people consume more alcohol when it’s freezing outside.

This is nothing new, though. We all know the deliciously warm and tingly sensation that only comes from alcohol.

“It’s something that everyone has assumed for decades,” says lead author Ramon Bataller of the Pittsburgh Liver Research Centre. “Why do people in Russia drink so much? Why in Wisconsin? Everybody assumes that’s because it’s cold.”

Here’s a fun fact that further supports this universal truth: Saint Bernard dogs have been search and rescue dogs since the 17th century in the Great Saint Bernard Pass, which is a snowy, avalanche-prone, ultra-cold region in the Alps between Italy and Switzerland.

The dogs carry a cute little barrel on their necks full of wine or brandy, and if anyone is buried in the snow after an avalanche, the sweet pooch finds them, digs them out, lays down on freezing individual, and offers them a nice keg of hard liquor to help them stay warm.

Anyway, for the study, published in the scientific journal Hepatology, researches analyzed data from 193 countries using data from the World Health Organization and the World Meteorological Organization in order to assess the relationship between climate and alcohol consumption per capita.

As expected, the scientists discovered a negative correlation between climate and alcohol consumption, meaning that as average temperature and sunlight decreased, total alcohol intake per person, the percentage of the population that drinks, and the incidence of binge drinking increased.

Now, there’s also the question of shorter hours of sunlight leading to depression, which also sees an increase in alcohol consumption. This is a very valid and plausible explanation, but with all things considered, the main reason for this increase in boozin’ is probably because it’s super cold out and alcohol is warm and fun.

However, there is one grim finding: This increase in alcohol consumption also leads to a higher incidence of the liver disease cirrhosis, which can be fatal.

Dr. Peter McCann of Castle Craig Hospital, a residential drug and alcohol rehabilitation clinic, explains: “This weather-related alcohol consumption is directly linked to our chances of developing the most dangerous form of liver disease – cirrhosis – which can ultimately end in liver failure and death.”

That’s not good. But there are many factors that contribute to liver disease, such as obesity and genetics, so let’s not blame it completely on alcohol…though it definitely does cause harm in large quantities.

Everything in moderation, my friends.