Each of the limited-edition, 109-proof bottles are aged between nine and eleven years. 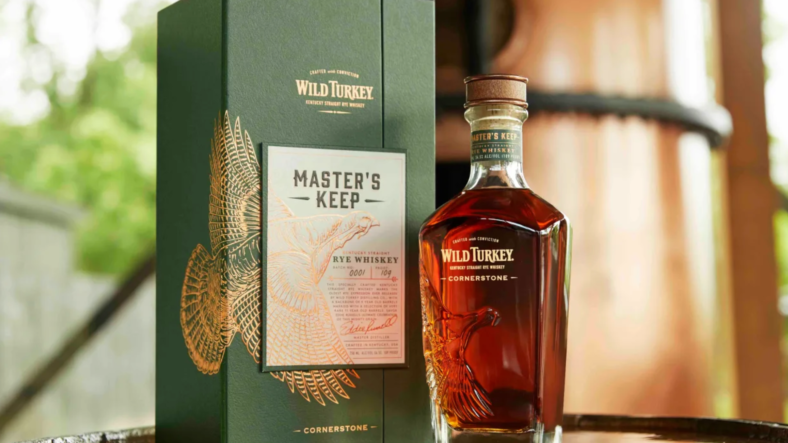 Selected by Eddie Russell, Wild Turkey‘s Master Distiller, every bottle of Cornerstone Rye has been aged for up to 11 years in the distillery’s old alligator char barrels.

“Wild Turkey was one of the few legacy distilleries that remained loyal to crafting Rye even as vodka and gin became the new, hot thing,” Russell said. “Cornerstone Rye celebrates our continued commitment to the grain.”

Cornerstone Rye is a bracing 109 proof (54.5 abv) and Wild Turkey’s tasting notes say that “it delivers notes of warm vanilla, black pepper and toasted rye, followed by a cascade of honey and baked apple” and a “crisp and clean” finish “with lingering notes of sweet spice and oak.”

You’ll be able to find Cornerstone Rye at select U.S. retailers but be warned it’s a limited release of just 16,000 bottles, priced at $175 each.