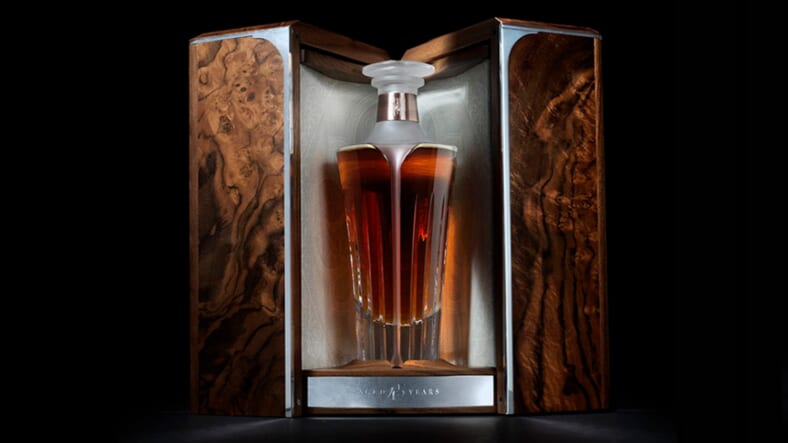 The Old Midleton Distillery in County Cork, Ireland ended 150 years of business 45 years ago, closing in 1975. The distiller had casks of leftover whiskey, of course, and rather than getting taken home by former employees in need of a drink or twenty, they essentially vanished.

Until this week, that is. On February 18, at the Old Sessions House in London, whiskey fanatics got together to take part in launching the oldest whiskey line ever put up for sale: the Midleton Very Rare Silent Distillery Collection.

Up first for release is a single malt first created in 1974. According to CNN, the 45-year-old simply sat inside the “guarded at the abandoned distillery for three generations.”

Not only is it well-aged, but the Midleton Very Rare Silent Distillery line is potent–at 51.2% alcohol it’s barrel strength. It comes inside a wood cabinet constructed from old whiskey vats and has been bottled in an elegant Waterford Crystal decanter.

Per The Spirits Business, it tastes like “ripe honeydew melon, red berries and sweet spices of toasted oak.”

Here’s the kicker, there are only 48 bottles available. But CNN reports that this is just “the first of six releases, with one release annually until the year 2025, ranging in age from 45 to 50 years old.” Prices will vary over time, but these will cost $40,000 each.