These $1,200 Nike Sunglasses Are For Elite Athletes Only

Nike’s super-pricey new Wing shades are the most advanced on the planet. 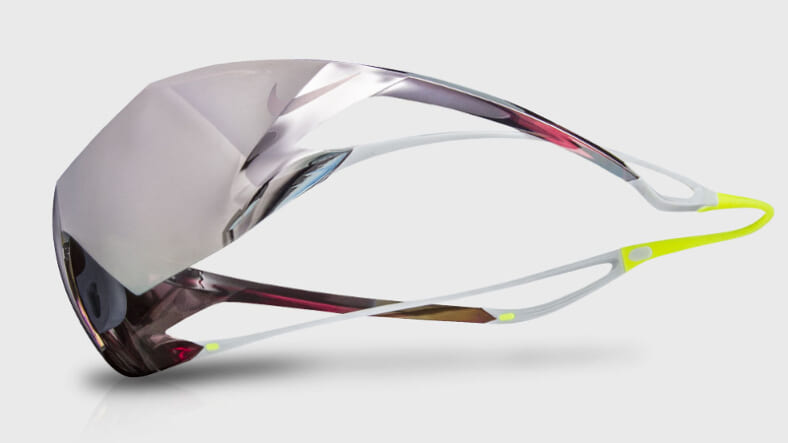 With insincere apologies to Geordi La Forge’s visor and Doc Brown’s metallic eye band, the Nike Wing sun shield—which Nike’s said to be releasing on their site today for $1,200—are probably the most advanced single-body eyewear you’ve ever seen.Almost two years of rapid 3D prototyping in collaboration with Zeiss, these ultra-pricy high-concept specs take design inspiration from the lightweight structure and flexible strength of tendons.Surely crafted with Olympic athletes in mind, they’re all about keeping the flow going, with a “speed crease” to enhance aerodynamics and a ventilated brow bar to reduce fogging.

They’re not so much a fashion statement for fans in the stands, as much as a way for top athletes to relax and deliver a top performance unimpeded by glare or the physical and mental distraction of uncomfortable sunglasses.To that end, they weigh less than an ounce and contact the head in fewer places than traditional eyewear. So even as Olympians are pushing their bodies to the brink, they’ll ideally forget that they’re even wearing these four-figure sun shields on their face.Check out this video for a look into how these marvels of modern optics were forged: