This $5,000 Gold Nintendo System Might Be The Most Baller Gaming Gadget Ever

Plus, it commemorates the 30th anniversary of ‘Legend of Zelda.’ 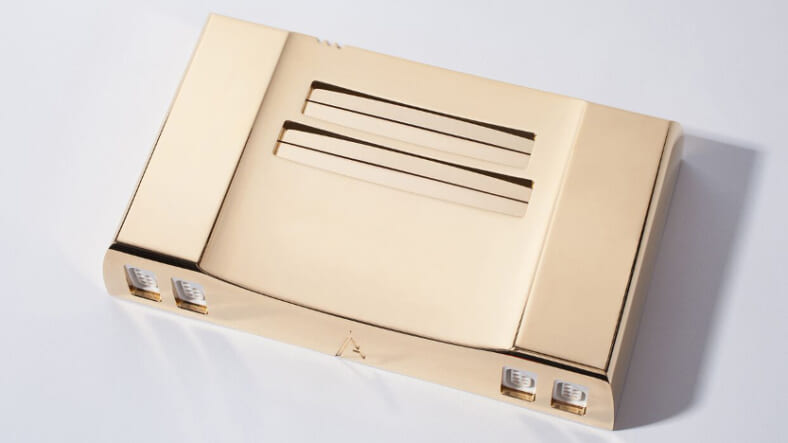 We all like gold. (Okay, perhaps some more than others.) Even better, we like things covered in gold. It just makes stuff…better.Take for instance the extremely limited edition 24-karat gold Analogue Nt ($4,999). Based on their meticulously engineered Nt retro gaming system—offered in a gold color as one of its six options—this system, fully capable of playing the complete library of  a couple thousand NES and Famicom game titles, is literally covered inside and out in real gold.It’s being released in honor of the 30th anniversary of the classic Legend of Zelda, an original cartridge of which is included in the package. If you so desire, it also comes with a built-in HDMI upgrade, which digitally upscales the video while preserving the aspect ratio.

Make no mistake, this ain’t no emulator. It’s the real deal, incorporating the identical processors to the original NES. It’s just a helluva lot more stylish and refined.And by the way, they’re only making ten of them. Reserve yours to be the only one on your block—oh, who are we kidding?—in your state with a game console so magnificently shiny and retro.