Capture everything in ultra-high def. 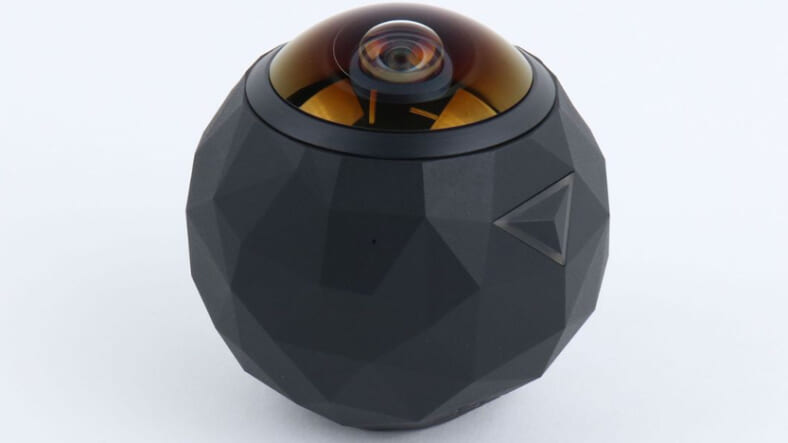 You’re familiar with stitching—not just the physical kind you get at the emergency room after each epic adventure, but also the way your camera uses special software to link together panoramic pics. To avoid that awkward stitching, 360fly‘s camera magically captures everything around you with just a single lens. And in April, they’ll be releasing a 4K version.This new model will offer a variety of upgrades and enhancements (above and beyond the broadcast-quality resolution). For instance, you can set it to automatically start recording based on if it detects shaking, motion or audio. It’ll also offer special modes for time-lapse video and if you want regular wide-angle (but not 360-degree) shots.

The photo above is from one of the clips featured on their page of interactive videos, which look great on immersive virtual reality headsets. If you’ve got a Chrome browser, you can view and control them right on your screen. (When you’re actively shooting, you can use your phone both to view and share your footage.)

The current 360fly cam is already available for $400. And the ultra-high def iteration being released this spring will be a hundred bucks more. From there on out, your extreme adventures should leave you stitchless—at least digitally speaking.