5 Objects of Desire for the Man Who Has Everything

From the world’s coolest chopper to the ultimate high-end audio system. 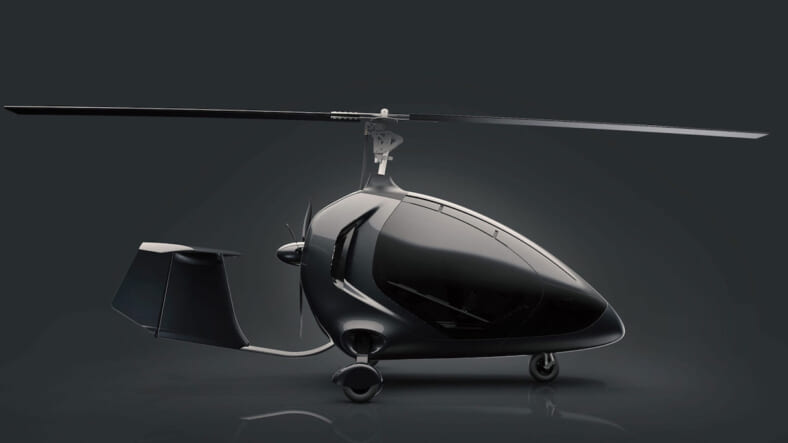 For the Luxury Helicopter Fan

The Twistair might look like something from Blade Runner 2049, but it’s actually scheduled for real-world release in early 2018. A collaboration between design firm 2sympleks and an engineering team from Trendak Aviation, the tandem gyrocopter comes in three versions: one with a fully enclosed cockpit (seen here), one with the doors removed, and a model with only a front windscreen, offering the most visceral and exposed-to-the-elements flying experience.

For the Extreme Audiophile

Spending six figures on a home audio system might guarantee you’ll hear every note perfectly, but it’s no assurance of beautiful aesthetics. Pennsylvania-based OMA’s AC1 loudspeaker is both a world-class audio experience and a visually stunning speaker system. Handcrafted from locally sourced hardwoods, the AC1 works best in midsize and large rooms and will definitely draw a crowd.

For the Coffee Aficionado

Super Veloce, the South African company better known for its masterful automotive designs, has now turned your coffee maker into a work of art. The Espresso Veloce Aurum 18ct—a single-serve, capsuletype espresso maker with a grappa dispenser—is based on the V-12 engine that once defined Formula 1 racing. It’s crafted from surgical steel, nickel, titanium, anodized silver, aerospace alloys, and 18k-gold plating; even its baseplate is made from exotic carbon fiber. Just 10 units will be produced. While the five-figure price tag is totally steep, it’s still more affordable to start your morning with a V-12 in your kitchen than in your garage.

For the Bicycle Snob

With a production run of just 667 units, the PG Bugatti Bike
provides the same level of craftsmanship, design, and exclusivity as
the brand’s automobiles. The entire bicycle weighs in at less than
11 pounds, thanks to high-quality carbon fiber (95 percent of the bike
is crafted from it). The design is inspired by Bugatti, while Kussmaul,
which produces components for other Bugatti vehicles, oversees
the handcrafted production.

For the Design Obsessive

Based Upon, an artistic collaboration between British twins Ian and Richard Abell, has earned acclaim in the art world with audacious creations that range from social commentary (a toilet made of gold and a diamond covered in rust) to award-winning furniture design and metal sculpture. Its clients include Nobu, Donna Karan, Gordon Ramsay, and Giorgio Armani. The “Baby” (below) is a four-meter baby grand piano based on nature’s Golden Spiral, crafted from polyurethane foam, fiberglass, brass, liquid metal, and Tramazite (an artificial material invented by Based Upon). The “Gentleman’s Desk” (above) is constructed of Tramazite, liquid metal, phosphor bronze, and oak.