“If Tony Stark was making an Iron Man suit right now, this is precisely how he’d do it.” 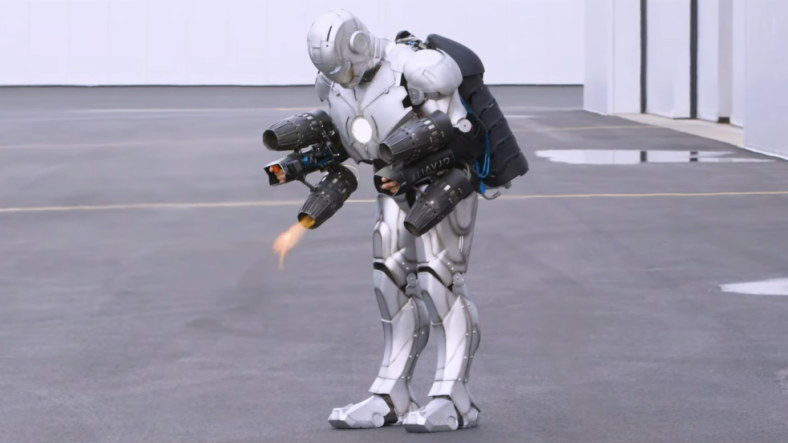 Former Mythbusters co-host Adam Savage made a high-tech piece of the Marvel Universe a reality by building (and then flying) Tony Stark’s Iron Man suit, complete with a 1,000-horsepower jetpack.

“If Tony fucking Stark was not fictional and he was making an Iron Man suit right now, ” he explains in the video above, “this is precisely how he’d do it, and this is the exact technology he’d be using.”

Savage didn’t attempt the heroic undertaking alone. A team from the engineering-focused Colorado School of Mines constructed the exoskeleton largely from 3D-printed titanium, as well as urethane, fiberglass and 3D-printed nylon.

For the power plant, Savage turned to UK-based inventor Richard Browning, the same guy who set the world Guinness World Record for the fastest speed over 100 meters in a body-controlled, jet engine-powered suit.

Ultimately, Savage didn’t feel comfortable enough to test his superhero-esque creation. Browning did, so he strapped in and briefly soared about 15 feet above the ground.

Despite “being able to see virtually nothing” out of the helmet’s eyepieces and the suit’s total lack of give, Browning conceited that the experience was “epic.”

“That was the most fun I’ve ever had with 1,000 horsepower in my whole life,” Savage added after the test flight.

Savage’s Iron Man suit was featured in the June 14 premiere of the celebrity scientist’s new eight-part series, Savage Builds, which airs on Discovery before moving to the Science Channel.