This Adult Sippy Cup Is The Ultimate Spill-Free Hangover Cure

Babies are using them all wrong. 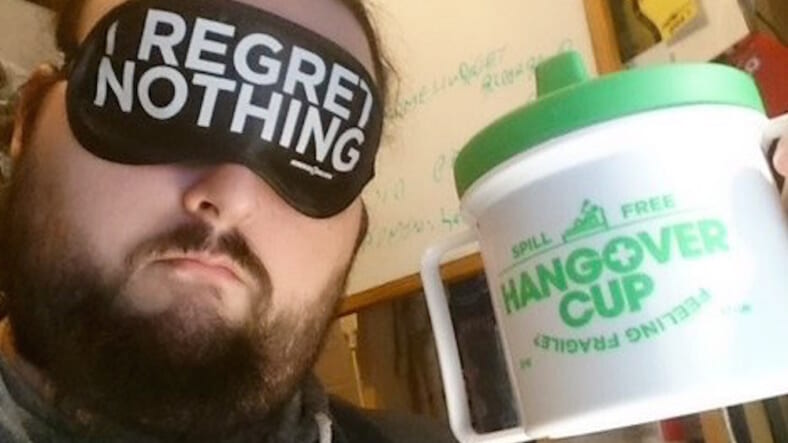 Think about it: having a hangover essentially turns you into an overgrown baby. You can never find your balance, you’re constantly irritable, and you’re probably all gassy. Usually, you really can’t do anything for yourself.

So, it makes sense that the best hangover treatment we’ve seen in some time is a sippy cup.

Yep, the cup intended for clumsy toddlers who can’t have a drink without spilling it all over themselves can be yours too. So, when you’re lying in bed reaching for a glass (or crate) of water to dull that Saturday-morning migraine, you won’t have to worry about splash back.

Ready for the next time I have a (rare) tough night: the @hundredmillion1 Hangover Cup… pic.twitter.com/8IOZpgBqU8

Unfortunately, we may have to wait a bit for “The Hangover Cup” to make its way to America, as it only just debuted in the UK on the website Hundred Million. There, it comes at a bargain of £7.50, or $10.68.

There is definitely a demand for it, though. “The Hangover Cup” was originally a successful Kickstarter campaign from September-October 2015 that managed to rack up enough crowd funding. Who knew adult sippy cups were such a cash cow?

Until then, you can just buy a regular sippy cup, but that’s probably kind of weird.