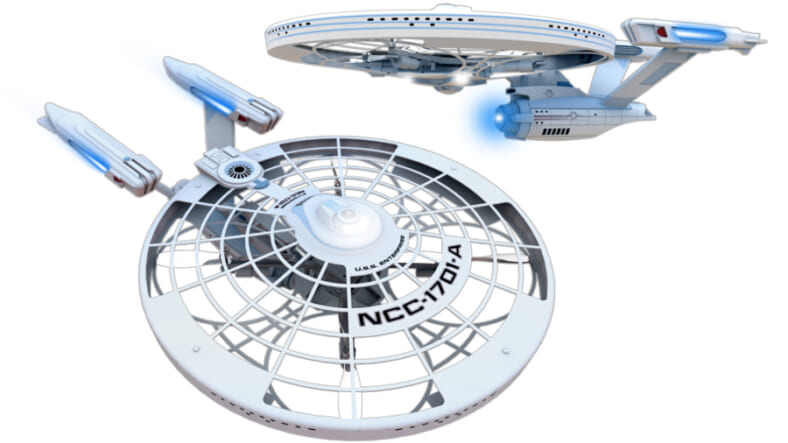 Can you even freaking believe it’s been half a century since the original Star Trek first aired? (Quick history lesson: That’s the show William Shatner was on prior to becoming the Priceline spokesman…and decades before the Internet was plugged in.)In any case, this past week at Toy Fair, the folks at Spin Master were flying around a quadcopter version of the infamous U.S.S. Enterprise. In the past, their Air Hogs line has included remote-controlled vehicles from the Batman and Star Wars franchises, but this’ll be the first from Star Trek.For $130 starting July 1st (when it’s scheduled to land in stores), you’ll be able to pilot the 50th anniversary starship, complete with integrated lights, authentic audio effects, a special display stand and a trigger on the remote that activates a warp drive. (The pole you’ll need to fetch the thing from your neighbor’s tree will be sold separately.)