Say goodbye to the headphone jack, and the charging port, and the speakers. All of it. 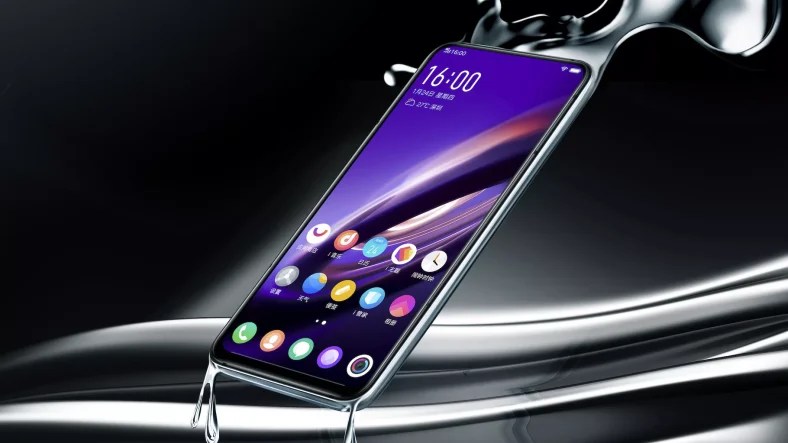 There’s huge geek appeal in the way some smartphones can switch from slick, gleaming slabs of glass to handheld supercomputers in an instant. It’s like magic until you peek close and remember it’s just a (highly sophisticated and often expensive) little machine, after all, needing plugs and ports to be worth a damn.

But Vivo, an electronics company headquartered in China, recently introduced their concept smartphone, the Apex 2019, and it apparently is straight-up wizardry. It doesn’t need any of those pesky little plug holes. None. It is just that: an actual slab of glass.

Some photos of the Vivo APEX 2019 concept phone (before I shattered one).https://t.co/KmEOAz7mMK pic.twitter.com/UMM5ZtoGka

The Verge managed to get a look at the Apex when it was introduced at an event in Hong Kong on March 11. More from their report:

The Apex 2019’s body is shaped out of a single piece of glass, something that Vivo stresses was extremely difficult to achieve. It uses a combination of capacitive and pressure sensors to simulate the volume and sleep buttons, there’s a proprietary magnetic connector for charging and data transfer, and the screen itself vibrates in place of a speaker. And then there’s that fingerprint scanner, which can be used with multiple fingers placed almost anywhere on the front of the phone.

You don’t even have to be a tried-and-true gadget geek to think this sounds pretty impressive, and The Verge reports that in a brief hands-on, “all of these features have worked pretty well.” And that’s just in addition to the fact this curved sliver of magic glass  just looks cool.

Most reports indicate Vivo has no plans to bring this particular model to market—it’s a seriously ingenious concept phone.

That said, something similar is on its way. Dezeen quoted Vivo senior vice-president Spark Ni, who said that with goals like “enhanced usability and simplicity at the core, APEX 2019 offers consumers a glimpse into the future of smartphone design and development.”

Will a sleek variation on the classic smartphone look and design like this have a chance if it one day sits on the shelf between foldables that look like they were left behind by a UFO?

Odds are we’ll see for ourselves very soon.