The Dark Side has never looked better. 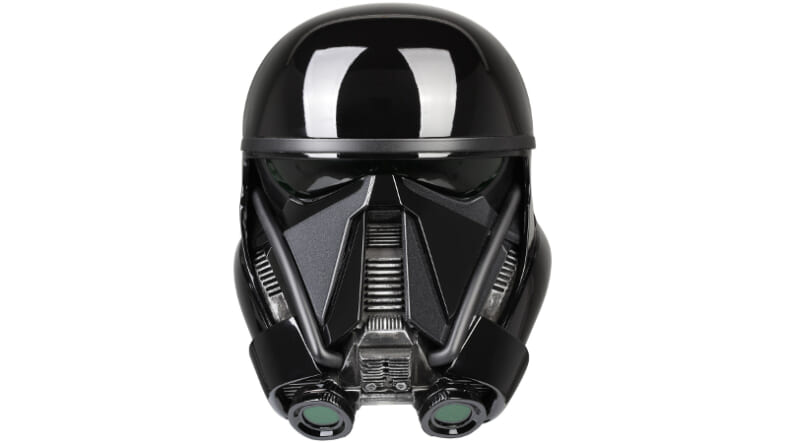 Though Rogue One: A Star Wars Story hits theaters in 18 days, tickets went on sale over 12 hours ago. So we’ll assume you’ve already ordered yours and are looking for other similarly Star Wars-minded ways to spend your time and money.Look no further, because Anovos has digitally scanned and faithfully reproduced the Death Trooper’s helmet ($615, not to be confused with that of the Imperial Shadow Stormtrooper) from the upcoming flick.

With all due respect, it could possibly represent the movie’s most intimidating characters, blending the spartan stature of regular Stormtroopers with the ultimate badassery of Lord Vader himself. (But don’t tell him we said so.)To get/keep you in the mood, here’s another look at the most recent trailer:

It’s fully lined, size adjustable, and if you order the Death Trooper helmet from Anovos now, it’ll be in their second wave of shipments. So it might arrive before December 16th, allowing you to don the dark helmet while waiting to get into the theater.If it does, not a single soul will even think about cutting you in line.