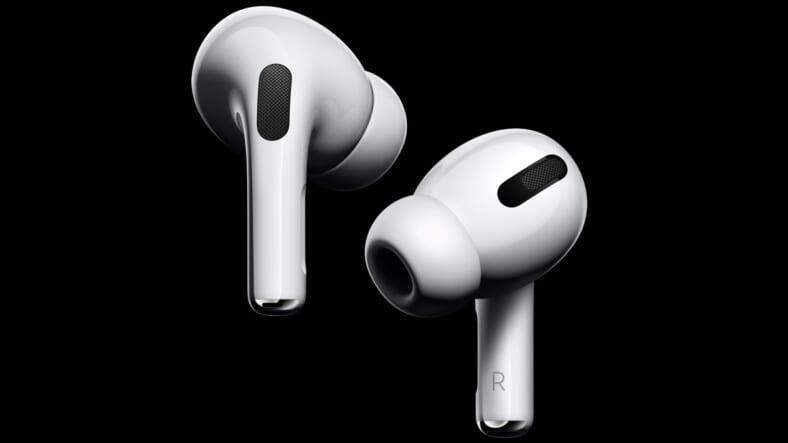 Apple just revealed that the new AirPods Pro with active noise cancelling technology are coming at the end October, confirming a rumor spawned by an accidental leak that made the rounds earlier this month.

The latest iteration of the popular wireless ear buds uses two microphones that remove background noise by adapting the sound signal at 200 times per second. The first faces outward and detects external sound that is then cancelled out by an equivalent “anti-noise.” A second inward-facing mic listens towards the ear, cancelling any remaining noise using the same process.

For instances in which it’s important to hear background noise, like during a run in a high-traffic area or while waiting to board a flight, a “Transparency” mode uses a pressure-equalizing vent system and software to cancel out just the right amount of noise without totally muting the surrounding environment.

AirPods Pro also feature adaptive EQ—which automatically tunes the low and mid-range frequencies of music—and a custom high-dynamic range amplifier that powers the speaker, all of which work in tandem to deliver an improved listening experience over past models.

At the sweat- and water-resistant headphones’ core is an Apple-designed H1 chip that powers everything from sound to “Hey Siri” commands. In Active Noise Cancellation mode, the AirPods Pro are good for four and half hours of listening time and three and a half hours of talk time on a single charge. With power from the included wireless charging case, those times are elevated to 24 hours and 18 hours, respectively.

As the Verge notes, three different flexible ear tips are also included with purchase. But instead of having to relying on the user to decide which is the best fit, Apple has programmed software that picks the ideal size.

“After placing AirPods Pro in each ear, advanced algorithms work together with the microphones in each AirPod to measure the sound level in the ear and compare it to what is coming from the speaker driver,” Apple says. “In just seconds, the algorithm detects whether the ear tip is the right size and has a good fit, or should be adjusted to create a better seal.”

Apple AirPods Pro are currently available to order for $249 online and will begin shipping on Wednesday, October 30.