Get ready for some sick new features. 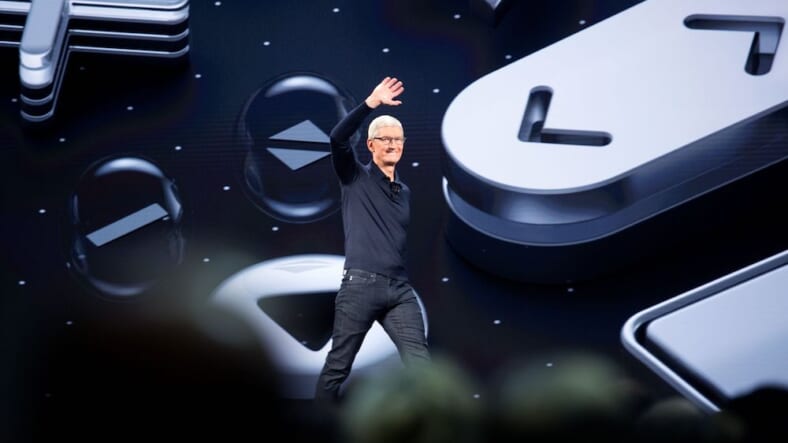 Apple CEO Tim Cook, along with other company bigwigs, announced at the 2018 Apple Worldwide Developers Conference (WWDC) what was to come in the fall.

Developers and the press alike were expecting updates to the iPhone‘s iOS software, but few anticipated how many new features and capabilities Apple had planned.

Included on iOS 12, which will be available for iPhone generations back to the 5, are major FaceTime upgrades, new Animoji, a smarter Siri, improved notifications and speed.

Apple continues to tweak its software for fewer bugs and faster processing. The new iOS will lend models back to the iPhone 5 and iPad Air up to 70 percent faster swipe to camera, up to 50 percent faster keyboard display and up to 200 percent faster app launch.

2. You can FaceTime with up to 32 people at once

That may sound unwieldy, but the tile of the person speaking will automatically increase and then diminish when he or she is finishing talking. Apple just wants to make sure you can keep track when chatting with so many people at once.

3. There are new Animojis and “Memojis”

There will be four more of those talking characters that match up with your facial movements—a koala, a tiger, a ghost and a T. rex. Apple will also introduce customizable Animojis, or Memojis, so that you can build your own virtual alter ego.

4. There are new camera effects

Apple is making like Snapchat by adding new animated text effects, stickers, filters and so on to photo and video. You will even be able to apply these effects to FaceTime conversations, when the conversation with 32 people begins to lull.

The new iOS will better manage your photos, even doing so without assistance. The new “For You” tab will group photos and then suggest sharing them with the people recognized in them. What’s more, you’ll be able to search for photos based on event, people or place.

Apple will introduce its new ARKit 2, which will allow developers to create more immersive gaming experiences. Another standout: a new AR app called Measure will measure real-world objects through the camera, so you can throw away your tape measure.

7. Notifications will be less annoying

Apple has heard users’ complaints about its cumbersome and annoying Notifications feature. It will finally group together similar notifications, like text messages and breaking news alerts, so that they are more manageable on the home screen.

8. You can keep track of how much time you’re wasting on apps

A new feature called Screen Time will display how much time you spend on individual apps, so that you now when you are wasting time and when to curtail your use. Apple hopes this will be especially helpful to parents managing their children’s digital lives.

9. You can tailor the “Do Not Disturb” mode to your life

Until recently, the “Do Not Disturb” function has had to be shut on and off manually. Users can now set when it to turn on and off automatically at specific times and locations. This will be helpful to forgetful users who don’t want their phones to ring during a meeting.

Siri will become accustomed to your daily routine, suggesting shortcuts to achieve tasks through multiple apps at once. For instance, during your morning drive to the office, Siri may suggest you to enter your coffee order and will update you on traffic conditions.